We ventured out for a day trip today...

We headed towards Dalby, a small town approximately 300km from the coast. We stopped to walk up and down its main street which was typically wide, a feature of most country towns in Australia. We stopped for a coffee and cupcake at a new cafe that was decorated in feminine pinks and whites.

The information office there suggested a visit to Jimbour Station, a property approximately 40km from Dalby. A short half hour later, after driving through some of the flattest driest land we have ever seen, we arrived at Jimbour. A metal box invited us to donate $3 each to the property's upkeep and take an explanatory map with us.

We paid, collected our map and set off down a jacaranda lined driveway where we learned about the history of the property from plaques along the way.

In its heyday, Jimbour Station included 300,000 acres of land and a village and was the farthest outpost of European settlement in Australia. The great explorer, Ludwig Leichhardt, launched his 5,000km expedition to Port Essington (near Darwin) from Jimbour Station in 1844.

Jimbour House itself was built in 1876 and is still one of Australia's most gracious historical homes. It is a luxuriously grand two storey sandstone building which is surrounded by an oasis of a garden which contains huge old shade trees, roses, archways and a vegetable garden.

Apart from the building's beauty, the most stunning feature of the property is its isolation. The courage and guts of the early pioneers who ventured out west is, quite simply, beyond contemplation.

On our way back to Jondaryan, we dropped in to a small town called Bell. The information office at Dalby had suggested we visit the Catholic Church there to see its biblical paintings and garden.

The paintings were immensely colourful and very beautiful, while the garden was thought provoking and original. 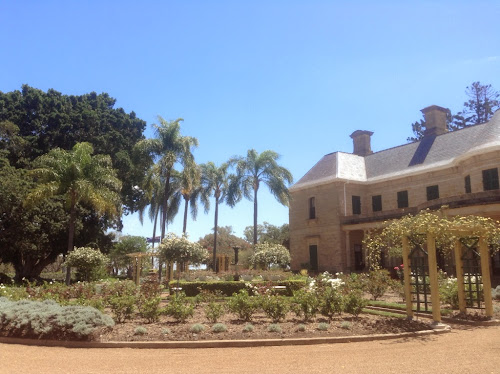 Above: Jimbour House with its gardens 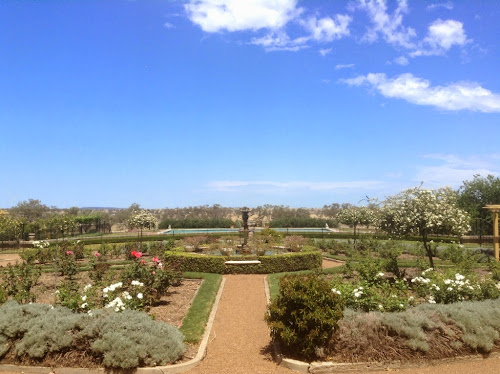 Above: Jimbour House with its view over a wide expanse of nothing 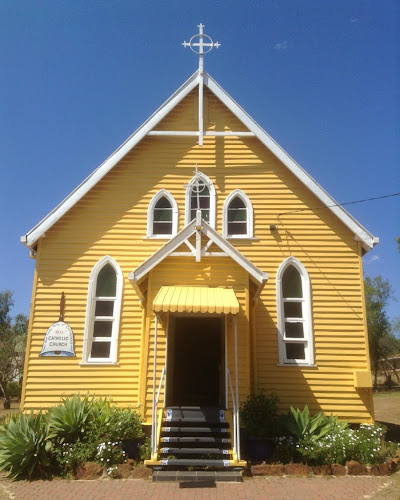 Above: The church at Bell 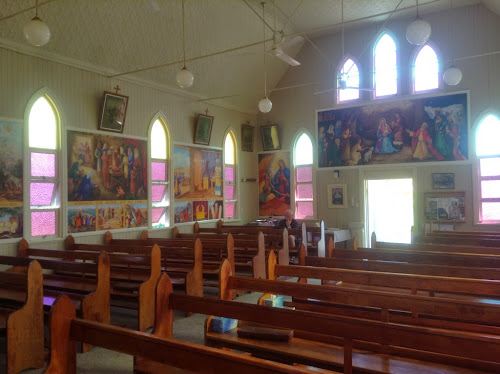 Above: Inside the church at Bell 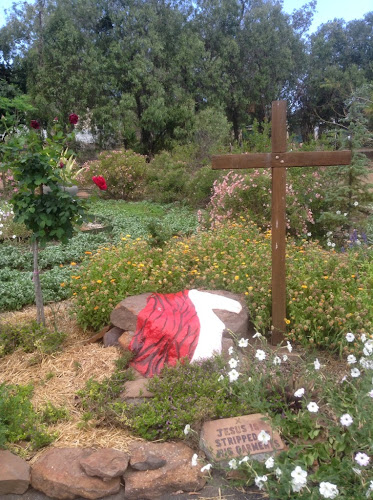 Above: Some of the garden art 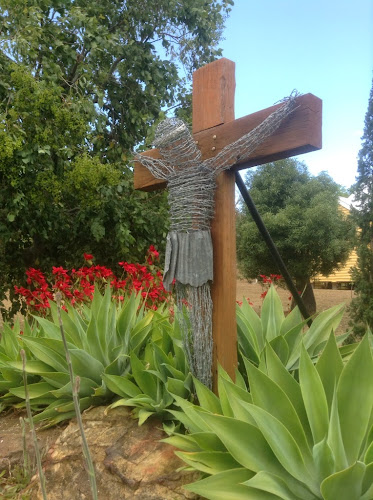 Above: More of the garden art