A new food for dinner!

This week our local fruit and vegetable market stall was displaying a strange red and white vegetable that we'd never seen before.

We were told it was a traditional vegetable of the Treviso area and "molto buono".

So we bought two of the colourful things, promising our stall lady that we would do as she recommended and cut it in half lengthways, fry it in butter, then serve it drizzled with olive oil and balsamic vinegar.

The next evening, I placed the halves in a frypan and watched as the pretty colours turned brown and the leaves softened.

It was bitter to taste even though I had drizzled it with sweet balsamic vinegar...but the bitterness was rigorous and delicious!

A subsequent internet search revealed that the strange vegetable was a "Rossa di Treviso", a type of radicchio that originated in northern Italy and dates back to the 16th century. 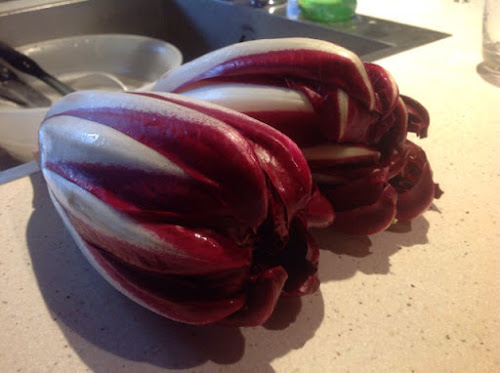 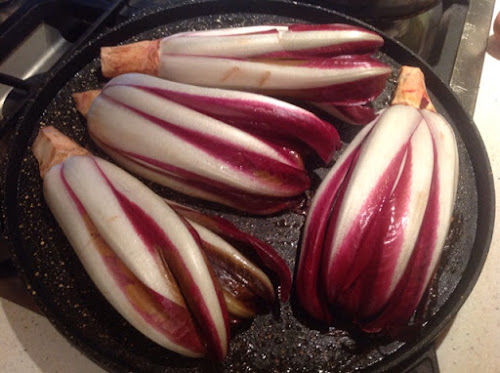 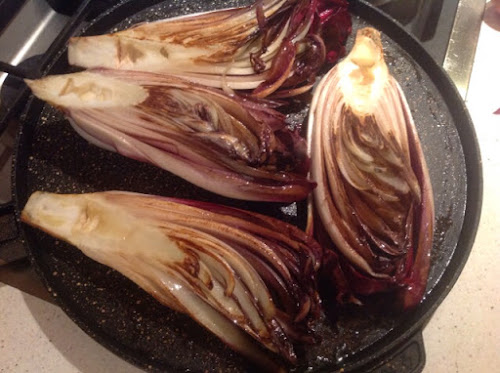