We have gone through our rubbish. Again.

Ever since we purchased this place, we've been finding and sorting rubbish. Country properties in Italy are notorious for keeping things or burying things. We've found both forms here.

Every time we find rubbish we store it in the fienile for the day when we can get rid of it.

But we've found that our rubbish collection isn't necessarily rubbish...

Whenever we need something, our first point of call is our rubbish. We've often found that a crucial item or an alternative solution can be found in the rubbish!

So now we have created a "staged exit strategy" for our rubbish.

Initially, items deemed to be "rubbish" are put in the fienile. A few weeks later, some of these items are given a second chance as something else. Within another few weeks, the rubbish pile has reduced considerably as items are reused. Some examples are pieces of rusted steel which are reused as reinforcing in concrete, containers that are reused as paint pots, broomsticks that are reused as handles for other tools. 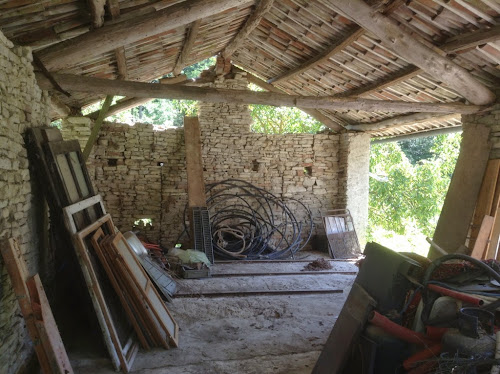 Above: The "rubbish with potential" 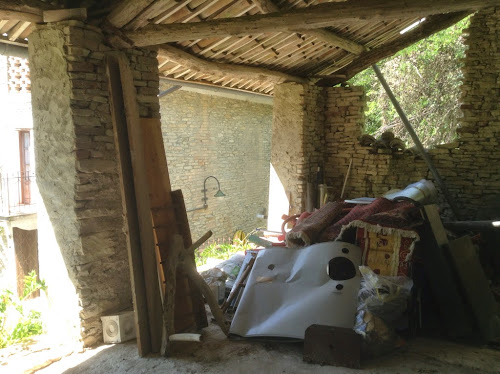 Above: The "rubbish with absolutely no potential"