We have recently learned that a caterpillar is wreaking havoc with box trees and hedges all over UK and Europe.

"Box tree caterpillars are the larvae of a moth that feeds on box (Buxus) plants. It is native to East Asia but it became established in Europe in 2007. Although adult moths were first found in the UK in light traps in 2008, it was not until 2011 that larvae were reported in private gardens. By the end of 2013...the caterpillars had caused severe defoliation indicating that the moth is likely to become a serious problem" (https://www.rhs.org.uk/advice/Profile?pid=760).

Unfortunately this caterpillar has now found its way into our valley. Our neighbour has two box trees that are over 150 years old and we have a 50 year old one and a hedge of 20 young plants.

We hate using any pesticides and I have been known to squash bugs one by one rather than use poisons. But after seeing the drastic damage to box trees in our area and doing some research with local nurseries, it seems that we have no choice with this bug.

So this week Stu treated the infestation with the recommended insecticide and we now have our fingers crossed... 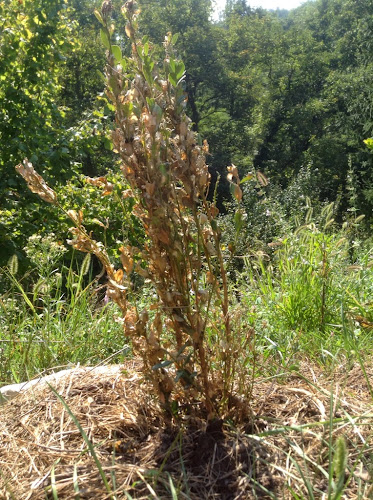 Above: One of our young hedge trees infested with the caterpillar 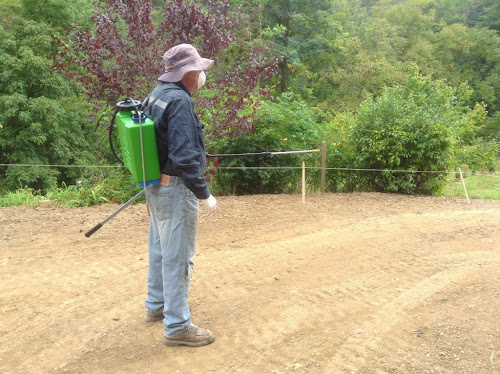 Above: Dressed to kill 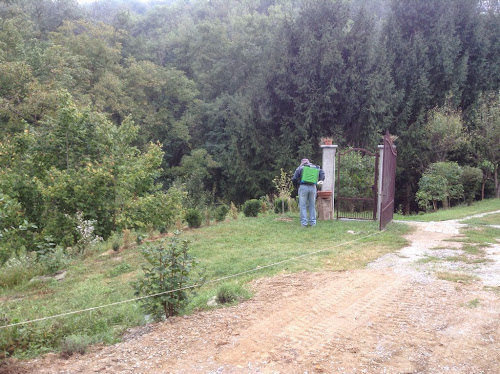 Above: Trying to save our little hedge