On our recent tour to Roccaverano, Calosso and Santo Stefano Belbo (see previous post), we had the pleasure of the company of two highly respected Australian artists...

"Born in New Zealand, Macleod moved to Australia in 1981 and won the prestigious Archibald Prize* for portraiture in 1999. His celebrated paintings and drawings feature in the pre-eminent public collections throughout Australia and overseas". (http://www.artistprofile.com.au/yfte-euan-macleod/)

*The "Archibald Prize is awarded annually to the best portrait, 'preferentially of some man or woman distinguished in art, letters, science or politics'". (http://www.artgallery.nsw.gov.au/prizes/archibald/) 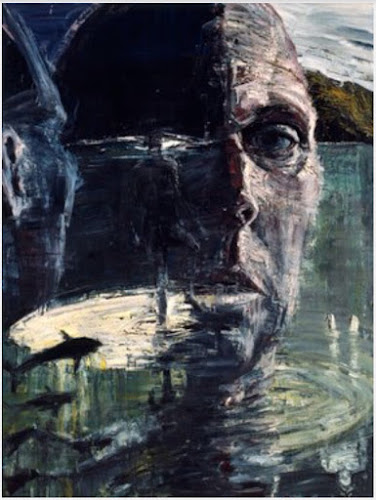 Above: "Self Portrait/head like a hole", winner of the Archibald Prize 1999, by Euan Macleod

"Born in Sydney in 1971, Lopes trained in the UK, USA and Australia and has had over 20 solo exhibitions across Australia and the UK since 1996. He is a frequent finalist in national awards and was selected for the Salon des Refuses** in 2012. He is represented in important national and state collections". (http://www.artistprofile.com.au/yfte-steve-lopes/)

**The Salon des Refusés is an Australian art exhibition which shows some of the rejected works from the Archibald Prize for portraiture and the Wynne Prize for landscape & figure sculpture". (https://en.m.wikipedia.org/wiki/Salon_des_Refusés_(Archibald)) 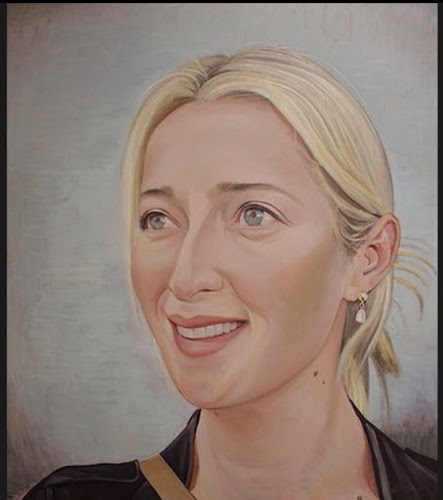 Above: "Asher Keddile", selected for the Salon des Refuses 2012, by Steve Lopes