It is not yet Spring of course, not for another week and a bit, but it feels as if Winter is quickly slinking off.

Today's temperatures were so warm (15-18 degrees?) that I had to strip all the way down to a shirt. It is a lovely thing to feel "light" after all those layers of thin inner wear and bulky outer wear.

Stu and I both launched on the garden to tidy it up before the insanely rigorous growth really begins.

I finished the main wisteria, which ended up being a far bigger job than first expected! When I started to prune it a couple of weeks ago, I quickly revealed a confused, twisted mess. While there is certainly some charm in this, it means that the poor vine is putting a lot of energy into too many thin branches. I prefer fewer larger branches which will thicken into mysterious gnarled fingers. So I climbed up and down the ladder too many times: up to cut a branch, down to view it, up to cut another branch, down to view it. Once I'd cut the excess out, I set about untwisting the remaining branches so that they all stretch across the pergola in the same direction. Annual pruning will be a pleasure from now on!

Then I took to the house garden in an attempt to release my plants from the clutches of a very invasive blue and white flowered weed. I suspect this weed is something called Germander Speedwell. It is quite pretty...but so are my plants!

Finally, I emptied the old dense potting mix from 6 of last year's potplants into the wheelbarrow, loosened it and mixed it with leaves and compost, before re-filling the potplants and placing a new little geranium in each. I will protect them until I can be sure that frosts are unlikely, then I will place them around the pergola and fienile to provide bright colour during the warmer months.

Stu extended the woodpile. Again. He is constantly challenged by the excessive amount of wood here. We have a deep respect for nature, so when our little valley gives up its trees for us, we feel compelled to appreciate them and use their wood responsibly.

So we spend many of our days cutting it to use as firewood.

We had 2 or 3 trees fall under the weight of snow last week and this has meant yet more wood to cut and store!

Enter Stu. He extended the woodpile by another bay and linked it to the structure over the compost heap, which also doubles as a support for our kiwi vines. It will be very pretty when the vines take off this year and stretch across the structure, as it will create an inviting entry way through to the vegetable garden.

He also tidied an area to the side of the fienile and created a garden seat by laying 2 pieces of beautiful aged chestnut wood on supports. These beams were removed from the house when we renovated the loungeroom a few years ago and we wanted them to remain a feature of the property. They will definitely not make it into the woodpile or our fireplaces! 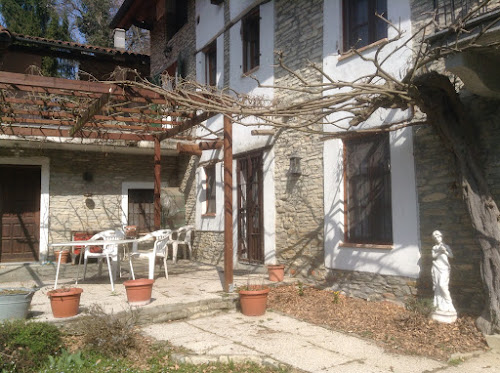 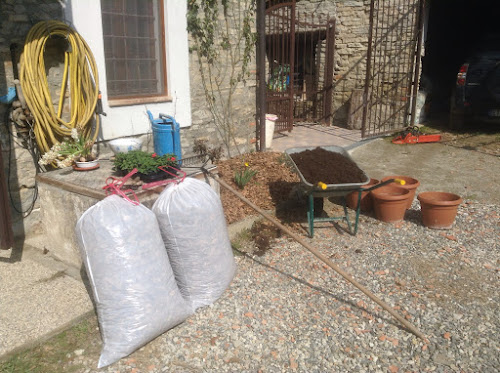 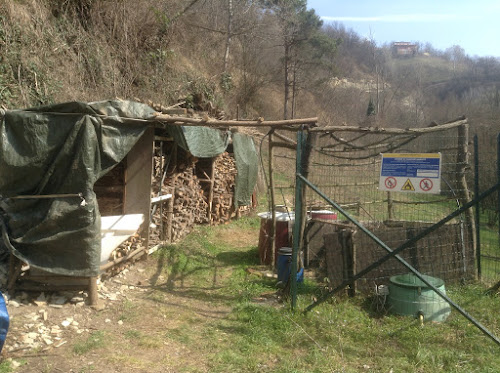 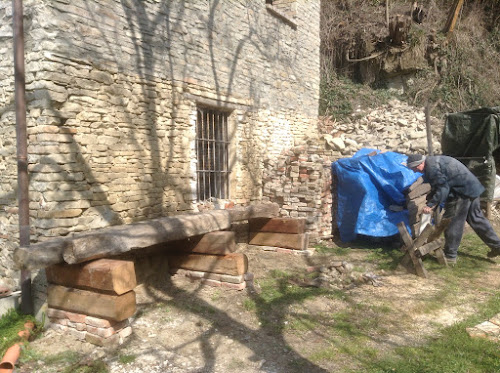