The land of the unexpected

I have had an interesting 2 days. On my return from roster off, I was asked to attend a 2 day site visit by tenderers to our dredging operations a few kilometres down the river at Bige. Several international visitors came for the visit, from Belgium, Denmark and USA. The visit involved a small aircraft, a helicopter and a lot of coordination. It had taken considerable effort to organise and a number of my team members had been involved over recent weeks. Half of the 12 visitors flew in and out of Tabubil, while the other half in and out of the smaller Kiunga. The Tabubil group left early yesterday morning in the company's chartered Twin Otter aircraft. Our first stop was Kiunga, to collect the remainder of the visitors, then on to Bige. The first day was spent explaining the company's objectives and touring the operation. Significant effort was put into explaining the cultural challenges of the country, a critical consideration in order to conduct a successful business in PNG. At the end of the first day, we were rather casually advised that the runway at Kiunga was unable to be used for the remainder of the week because it was "under construction". Just like that. Suddenly and inexplicably, "under construction". This announcement sent a mild panic through the group as half of the visitors needed to meet international connections out of Port Moresby after the visit. In their best efforts to be efficient, our international visitors hadn't considered the great capacity of PNG to send the best laid plans into disarray. I guess this is why Papua New Guinea is known as "the land of the unexpected"...and I guess this experience was more effective in explaining the culture to them than anything we said! 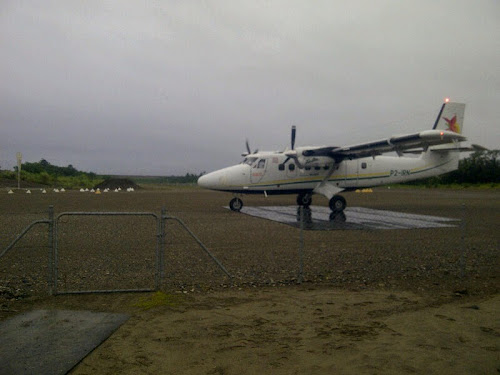 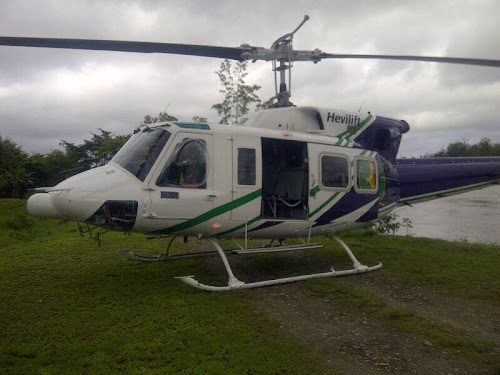