Our produce is coming in thick and fast now...peas, beans, tomatoes, chilli, etc. And, joy of joys, potatoes! We can happily announce that our tatties have survived the threat of cinghiale attack! Two months ago, when pig sounds came closer and seemed louder (mating season), we took to worrying about our patch at night and rushing out every morning to see if it had survived. After a few weeks of this, two tired people decided it would be better to set their minds at ease by building a barrier. This was initially red and white tape which was wound around posts placed on the four corners of the patch. It was then enhanced by the addition of aluminium foil strips which hung off the tape. Finally, it became a fence. A bit of work...but well worth it! 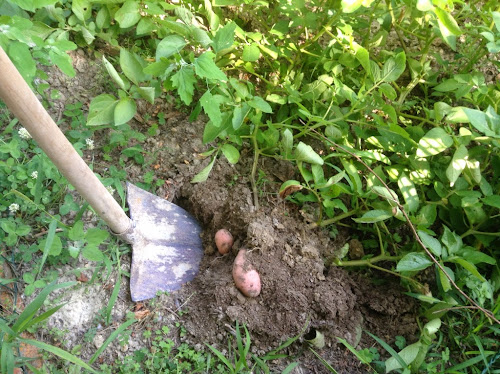 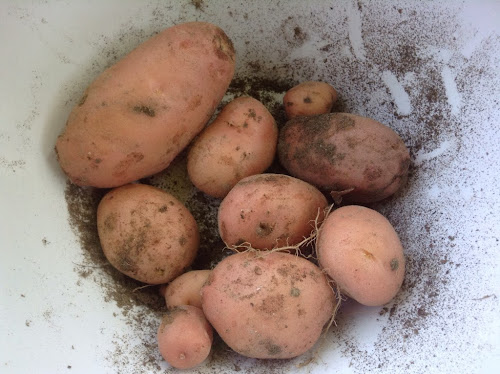 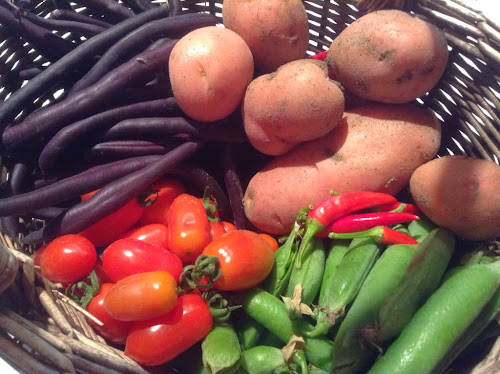