Fiddlers on the roof

The builder moved onto the roof project a couple of weeks ago. He only stayed on it for a day before the snow arrived. There are two aspects to this project. One roof needs the tiles to be re-set as they have slipped under the weight of snow in recent winters. The other roof needs a corrugated fibro sheeting to be installed under the tiles, the tiles to be re-set and a wooden surround to be built under the eaves. The builders started on the re-setting of tiles first. They installed a steel bar just above the guttering, then tied the guttering to this bar. They also cleaned the guttering of its heavy load of dirt, moss and and leaves. This has been causing waterfalls at particular points around the house when it rains. Then they placed each tile on a z-shaped hook that spaces them properly and ensures that they will never slip again. Our roof will now behave like a northern European roof like those in countries with heavy snowfall such as Germany or Switzerland. It also looks beautifully Italian. 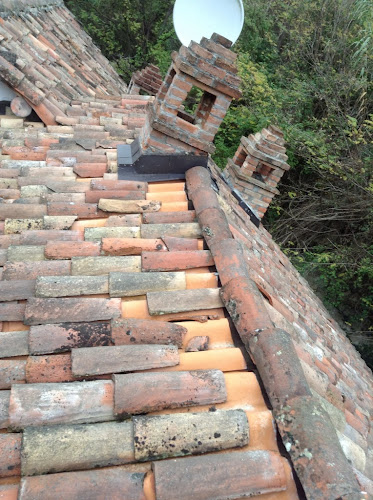 Above: our roof before the re-setting of tiles 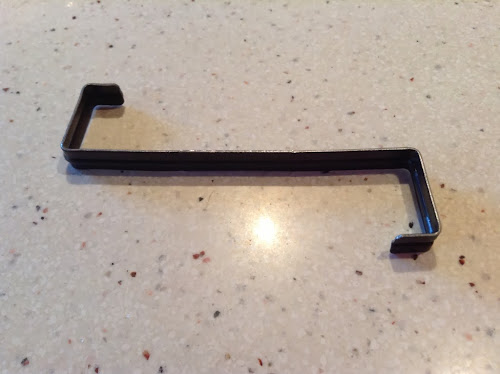 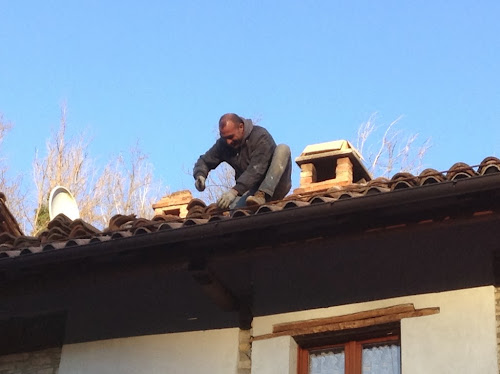 Above: Sandro attaching the steel bar to the roof and tying the guttering to it 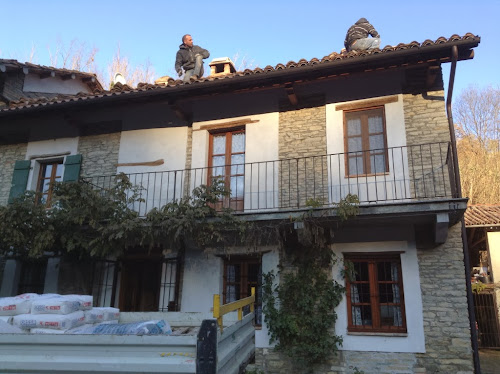 Above: Sandro and Cosimo on the roof hooking tiles in 2 degree temperatures which fell to minus 1 degree before they finished for the day 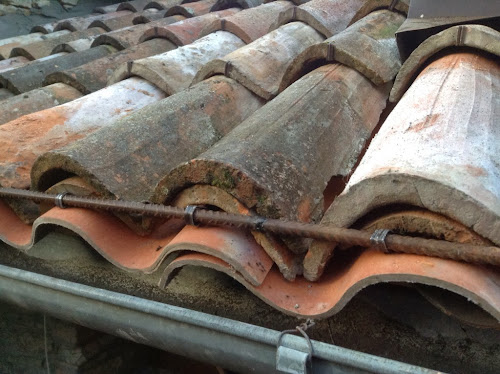 Above: the steel bar, hooks and tiles in place