What would we do without our rubble?

When we did the major internal renovation work late last year, we kept all of our rubble, assuming that it might come in handy at some point.

For a year it's been sitting behind the house, "gathering dust" (?) as they say.

But no more...we have an urgent need for it now...

After the installation of the new septic system late this year the area around the house became dirt, soft newly disturbed dirt.

We dumped a load of gravel on the area in the hope that this would get us through the usual wet autumn and winter. But instead of staying ON the mud, the gravel has made its way INTO the mud.

We have placed rubble on the worst of the areas and will dump more this week until the area is again mud free and stable. 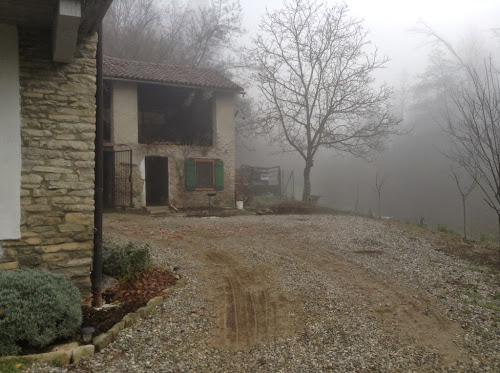