We wanted to show our respect for this man who did so much for Alba, The Langhe, Piemonte and Italy.

So today we attended his funeral.

Michele Ferrero was born on 26 April 1925 in Dogliani, a small town near Alba. His parents, Pietro Ferrero and Piera Rocher, had a small cafe/pasticceria in Alba and founded the Ferrero company. After the war (1946), chocolate was hard to come by so Pietro invented a creamy version of gianduia by combining a little chocolate with a lot of hazelnuts. In 1963 this product was further developed by Michele to become the famous Nutella.

There followed many successful years which finally ended for Michele this week.

At the time of his death, Michele Ferrero was the patriarch of the family that owns the Ferrero Group, a global organisation that makes Ferrero Rocher chocolates, Kinder confectionary and Nutella spread. Michele, a fervent Catholic who visited Lourdes annually and insisted that a Madonna be placed in all of his factories and offices, had a personal wealth of EUR 23 billion.

So it was fitting that today's funeral was in the cathedral of Alba and lead by the Bishop of Alba. It was also fitting that shops in Alba closed for the morning and that thousands of people stood outside the cathedral for almost 3 hours in his honour.

Before the hearse arrived, a full solemn rosary was recited by the crowd. When the hearse arrived, Michele's family got out of the car, turned to the crowd and started to applaud. The crowd responded, applauding long and loud for this man who was making his final visit to the church. During his eulogy, Michele's son became emotional and lost track of his notes. The crowd responded again, this time with a long gentle applause, as if this might give him the strength to carry on.

Anyone who knows Ferrero will know the company's exquisitely gold-wrapped Ferrero Rocher hazelnut chocolates. These chocolates are favoured by lovers on Valentines Day so it is poignant that Michele chose Valentines Day on which to leave us.

In the future, every time I place one of these morsels in my mouth, I will take a moment to remember the man who created them and the day we farewelled him... 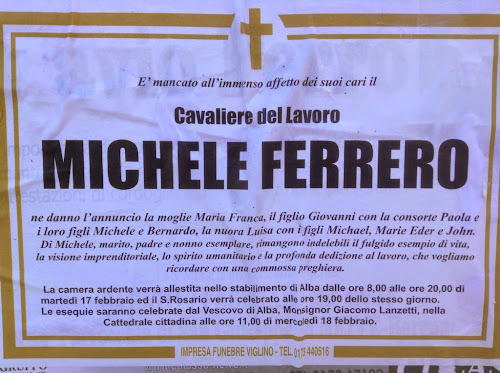 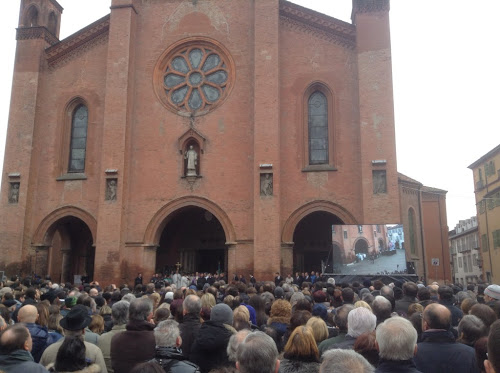 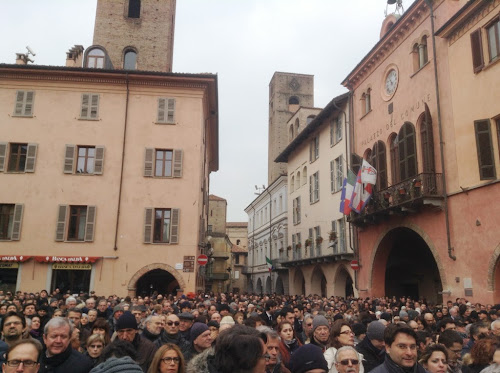