Yesterday we waited until after lunch to attempt the car on the snow. We wanted to give the sun a good chance to soften if after the night's frost.

I controlled my panic quite well on the way out of the valley, even though we slid a bit. Unfortunately I completely lost it while I was making a video of the return trip. My video was going well until we started to slide off the road on the final rise to the house. A sound escaped my mouth which didn't sound human and the video immediately focused on my knees while my hands made a desperate grab for the dashboard.

Stu stopped the car. He had to. Not only because of the snow but also because his other half had experienced a meltdown in the front passenger seat.

We walked up to the house to get the pick and snow shovel then cleared two channels for the car tyres to travel through.

When Stu suggested we try the car again, I quickly offered to hold the tools while he drove. I was grateful for the excuse. It was much easier watching from outside the car as it slid its way up the rise to the house. 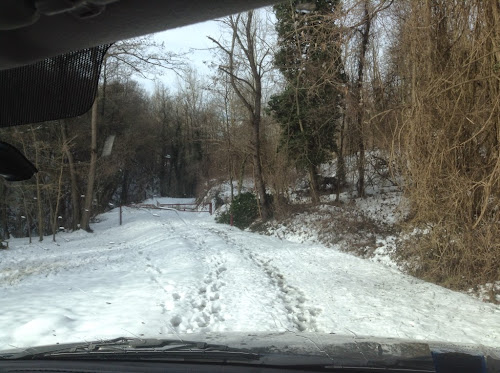 Above: Driving out of the valley 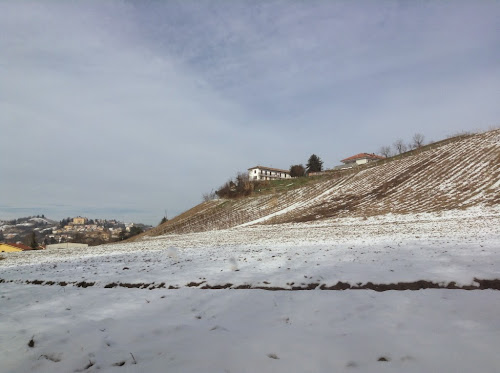 Above: The very welcome view of the world outside our valley 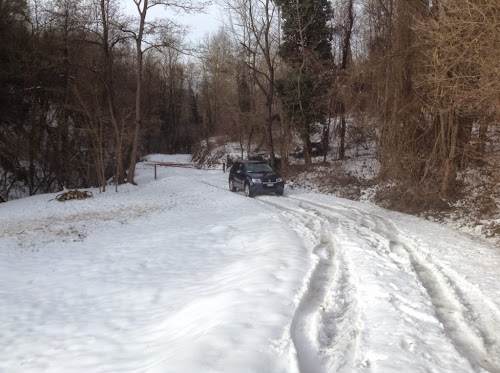 Above: The tyre marks where we skidded