This morning we went to Asti for the main purpose of watching the city's Carnevale parade which was to be held in the afternoon.

An antique market was in progress so we spent a lovely hour wandering past the stalls, laughing at some of the items and mulling over others. I managed to buy a 1908 Wedgewood plate for a good price before I was dragged away by Stu and our friends to find a good place for lunch.

But instead of finding a lunch location, we came across a chocolate festival! There were 19 stalls of the beautiful produce of artisan chocolatiers from all over Italy. We looked, we smelled, we tasted. Chocolates, fudges, drinks and gianduias. Weirdly, we also found a cherry liqueur, which was given to us to taste in small chocolate cups. After drinking the liqueur, we had the added pleasure of eating the cup!

We eventually pulled ourselves away and found a lunch spot where we sat down to a meal of pasta with sugo sauce, veal milanese, torte limone and Barbera d'Asti. During dessert we looked up to see bees and trees walking past the window. No, it wasn't a case of too much Barbera d'Asti. It was a case of Carnevale parade!

We skipped coffee and set off to follow the bees and trees in order to find the parade.

Instead we found the antique market. Again. There followed another perusal before we noticed that hoards of people were heading in one direction. We followed but ended up back at the chocolate festival where the streets were freshly strewn with confetti and streamers. We saw a row of people lining the historical Roman road that runs through the centre of Asti and rushed over, only to see the last of the parade disappearing in the distance!

The fear of having to tell our friends that we had gone to Asti and missed the Carnevale parade gave us the drive to run after the parade. We must have been the only people in Asti racing the parade. We learned quickly that it was easier to run with the parade than through the crowd so at one point we found ourselves IN the parade.

We had been avoiding one type of embarrassment only to achieve another...but at least we arrived at the front in time to watch it pass....again...sort of... 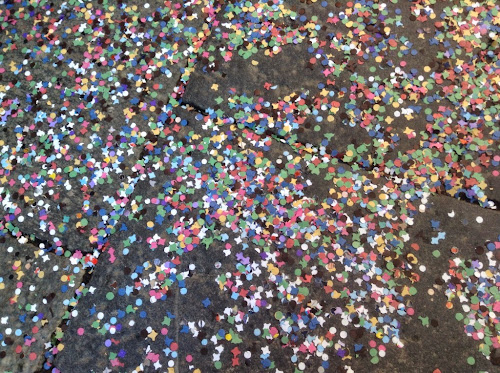 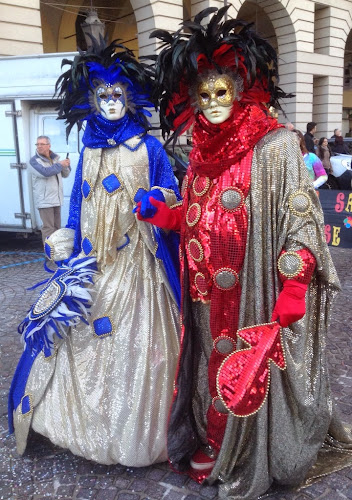 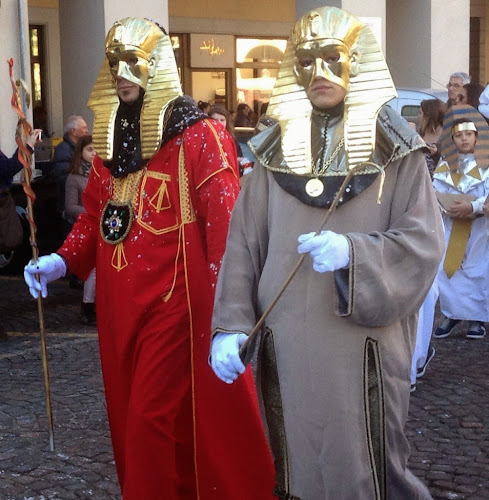 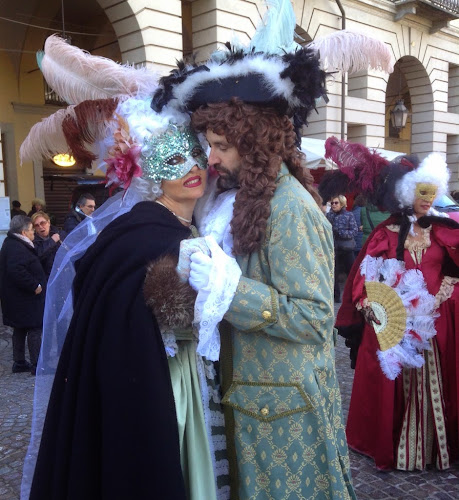 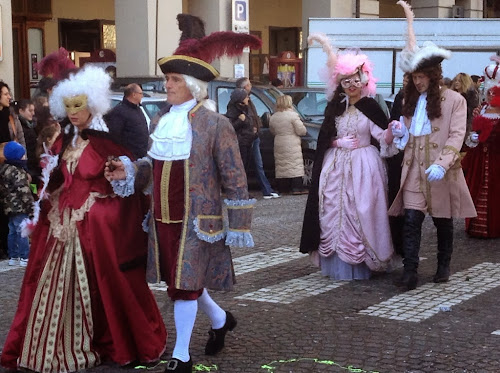 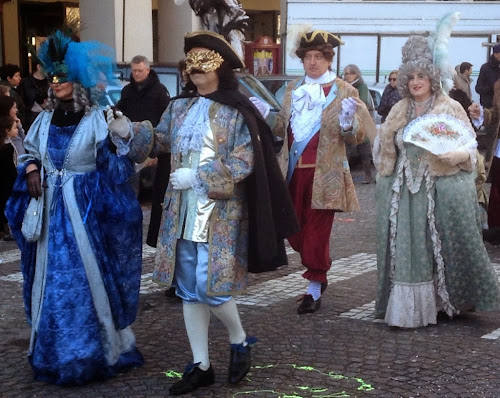 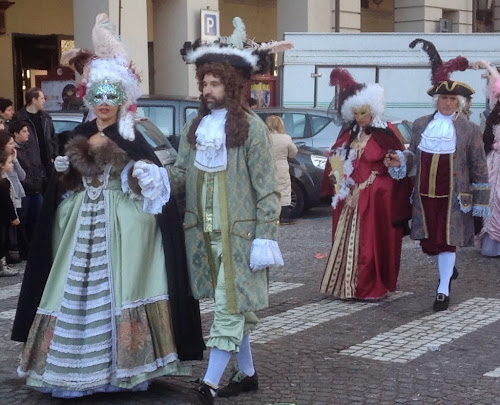 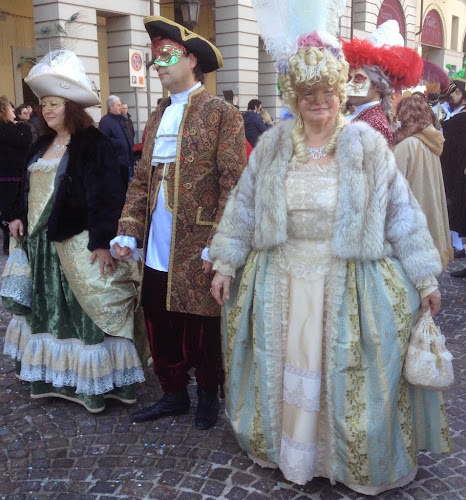