After many months of demolition with very little construction activity, we've finally progressed our major project to replace the fienile roof.

The old roof is many years old.

The wooden beams have been badly damaged by termites and borer. Huge holes can be seen in the wood where insects have feasted. A gentle tap emits a weak hollow sound and dust. They have been shored up over the years by other pieces of timber that have been forced under the beams and against the walls in a desperate and low cost attempt to maintain the roof.

The walls are thick stone and strong but the peaks on which the roof sits (which would have been made of stone originally) must have fallen at some stage because the roof is now held up by bricks at the very top. Since we have owned the property these bricks have been balancing precariously on top of one another but I noticed today that they have now started to crumble and fall!

There are gaps between the terracotta tiles where they have slipped and separated. We can see blue sky on a clear day and feel rain on a wet one. If they haven't slipped down the roof, they've fallen through the curved and twisted rafters. The dull reverberating sound of falling tiles is becoming more frequent as the building ages. At the moment we can't risk anyone venturing onto the second story lest the entire roof cave in. We avoid going up there ourselves and tread carefully when we have to.

This building is precious. It is the only 'out building' on the property. It is historical, of stone construction like the house and deserves to be preserved. When it's finished, the lower storey will be our garage and shed, while the upper storey will be our outdoor entertainment area.

In anticipation of the builder arriving tomorrow, Stu has been moving cement blocks, bricks, tiles, stones and wood from against the walls so that scaffolding can be erected around the entire building. I have been pruning the wisteria back to bare bones so that we can gently coax it elsewhere without damaging it when the builder needs to access the walls.

It will be an extended job. The builder will need to strengthen the walls, dismantle the roof, earthquake-proof the walls and re-build the roof.

It will change daily over the next few weeks so here are a few photos of the "before"... 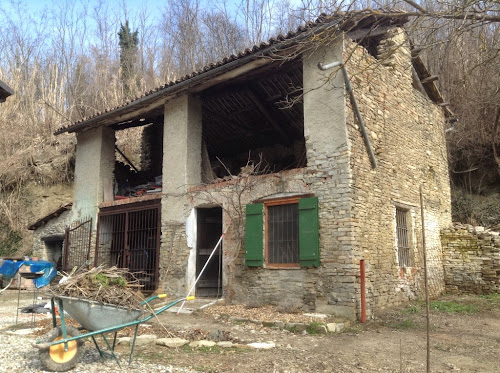 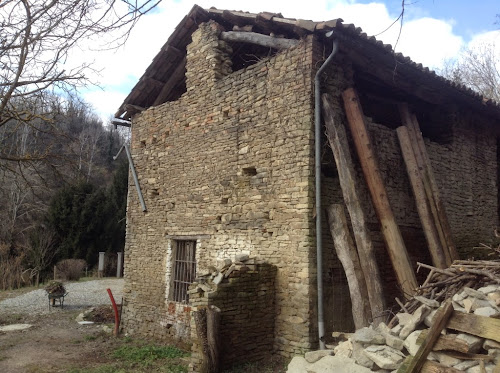 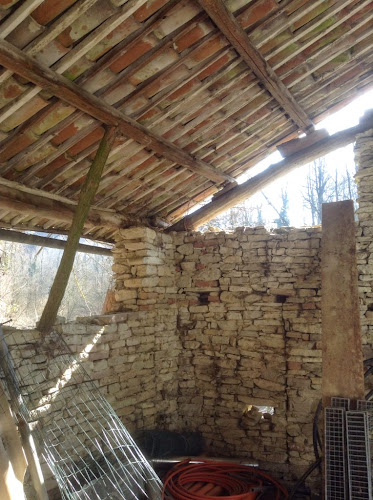 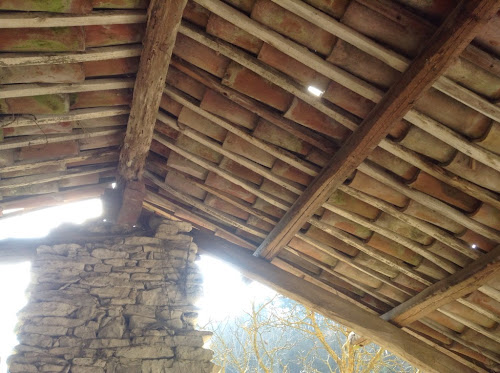 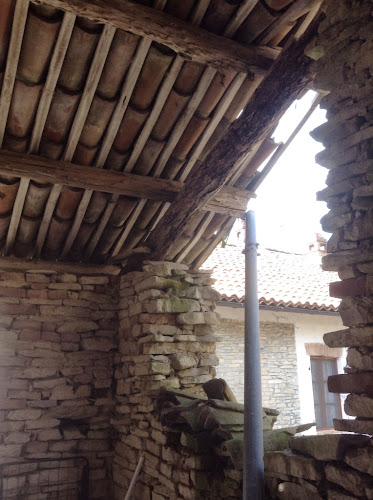