The big yellow things have been buried!

We were very excited to hear from our geometra that the muratore would arrive this morning to start work on the installation of our new septic system.

They arrived at 9am as promised and two very tired people met them outside (we have had two sleepless nights due to meowing cats hunting dormice around the house!).

Their truck carried a small backhoe which they offloaded quickly then started to plan the days activities.

In no time at all the digger was underway and they were searching for the exit tube into which they had to connect the system.

This tube proved hard to find as it was deep underground but they eventually found it, puncturing it in the process.

They then started digging the large holes for the major components of the system. We had warned them beforehand that we had no idea where critical services were buried, including well water, electricity and gas. The digger operator picked away carefully ("delicato"). It wasn't long before he found a pipe which proved to be water from the old well and was dry. A little later he found an old orange septic pipe which was full of mud and even later still a red electricity tube that contained no wiring. Comfortable in a new confidence that enough had been found already he continued to pick away.

Suddenly we heard a twang then watched as a powerful fountain of water spouted from a newly uncovered tube in the hole. Realising immediately that our precious well water pipe had been severed, Stu ran to turn off the well pump while I dashed inside to call our plumber.

The plumber arrived a couple of hours later during siesta (!) to re-connect the tube.

On his return, the muratore shovelled a layer of sand into the holes and flattened it on the bottom before again checking levels then lifting the tanks into place using the bucket of the digger.

Once in place, the tanks were filled with water to prevent them from collapsing under the weight of sand which was then poured around them and hosed with water to help it to settle and provide maximum support.

It was at this point that I became concerned. I came out of the house to see both workers reading the instructions on the tanks! It seems that, while they had installed many IMOF systems in the past, they had never installed one so deep. The depth had been necessary because of the poor fall on pipes from the rustico. We had previously had a bad experience with the rustico pipes being blocked so we knew our options would be to have a deeper septic or install a completely separate septic for the rustico. Obviously a deeper septic is the cheaper option. The instructions stated that a protective cement top had to be put over the tanks if they were to be buried at a depth greater than 20cm. Our tanks qualify.

Before they left at 8pm last night after a hard 11 hour day, the tanks were in place, filled with water and supported by sand.

Tomorrow they have another day of digging channels and laying and connecting the incoming and outgoing pipes... 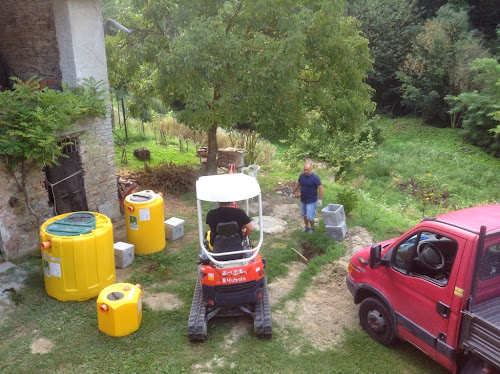 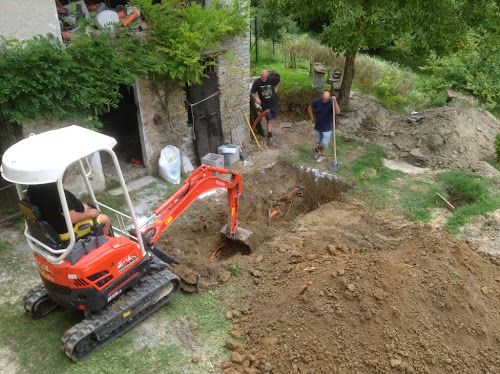 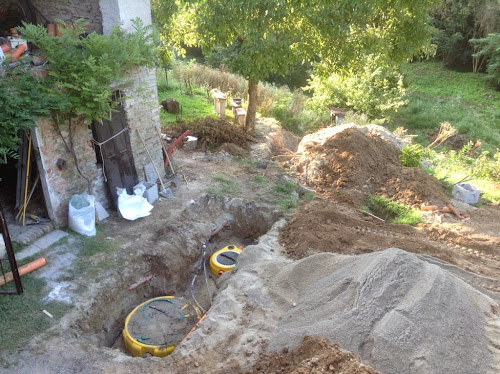 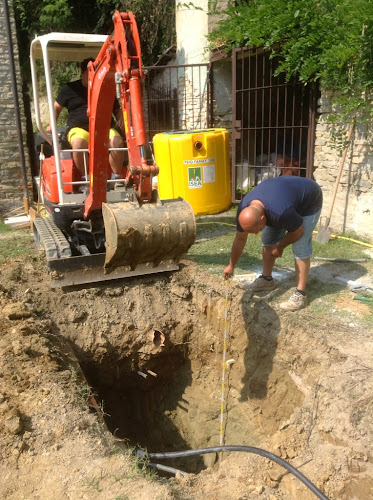 Above: Measuring the depth 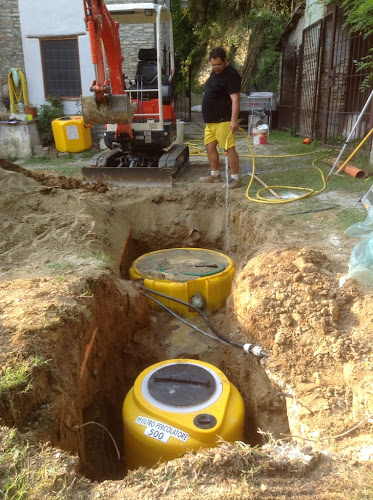 Above: Watering the sand in