The long neglected fienile is loved

Stu has finished restoring the front window of the fienile!

He replaced the upper wooden beams and the lower stone wall a few weeks ago and has now finished the window itself.

Since this lower fienile space will be a work and garden shed, we do not need to install glass in the windows but still need to retain security and some weather insulation.

We decided to re-install the old security bars and old wire mesh and add insect screens and shutters. The shutters were taken from the house, where they have been a constant source of annoyance because they weren't on all of the windows! Since our house windows are small and we have no need to darken our rooms, we have now removed all of the shutters and will re-use them elsewhere.

Our stronger and prettier fienile is now feeling like part of the house... 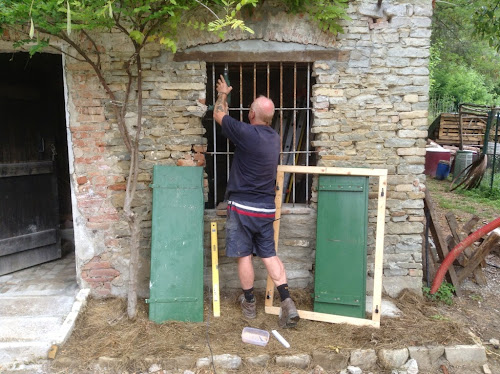 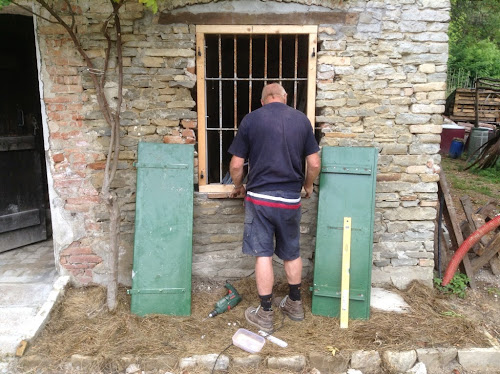 Above: Stu trial-fits the unpainted and uncovered window frame 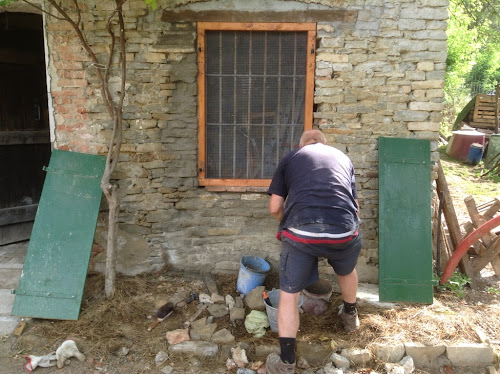 Above: Stu installs the newly painted and wire/flyscreen-covered window frame 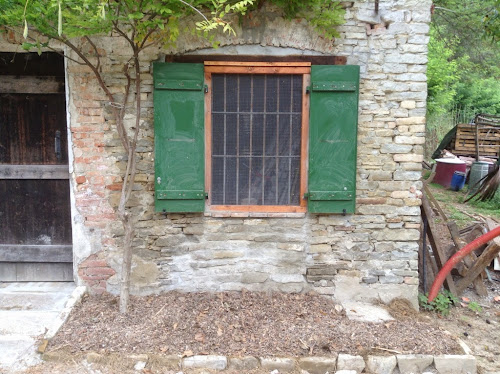 Above: The finished job, complete with a pair of old house shutters!