An empty tourist attraction, a busy town and walking in the shoes of royalty

When we drove into Stratford Upon Avon this morning, our first stop was Anne Hathaway's Cottage. The brochures had advertised an opening time of 9am so when we arrived at 9.30am we fully expected to see tourist coaches lined up in the car park and people oozing all over the road. You can imagine our surprise when we found nothing and noone! We checked the entrance board which definitely stated that it was open from 9am...but perhaps this bank holiday weekend was different? Stu pulled up and I ran up to the door, pushed it and was surprised that it opened and that a woman waited behind the counter. I blurted out "Where are all the people!?" She didn't seem to get it because she seriously replied "They don't usually come until 10am". I couldn't believe that such a significant tourist location could be so...well...empty! Although this would have been the perfect time to visit, we decided not to go in as the thatched roof house of tourist brochures could be seen well from the road anyway and we didn't really want to pay out the GBP 10 per person to see inside it. So we moved on to the city. The streets in the centre of Stratford Upon Avon were closed for a festival and the city was alive with activity, including markets, vintage and luxury car displays and entertainment. After 3 hours we happily escaped to the country where we visited a very grand historical property called Charlecote Park. The property has been owned by the Lucy family for 900 years. While the Lucy family still owns the building and still lives in part of it, many of the treasures inside have been purchased by The National Trust which also manages part of the property for public viewing. It was an utterly beautiful 3 hour experience for us...and one that we share with other visitors including Queen Elizabeth I and Shakespeare! 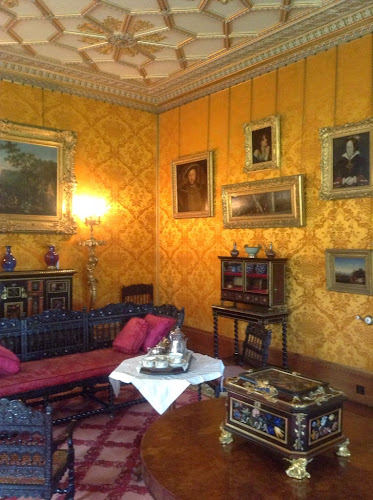 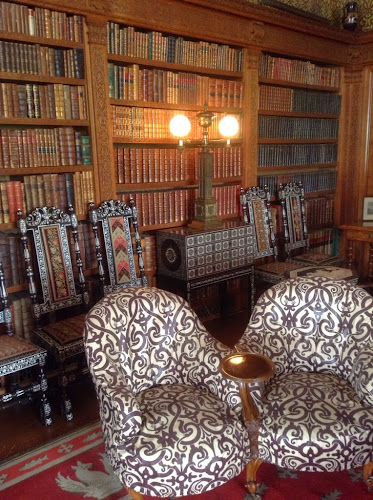