The jackhammer's out again!

During winter, I had a "good idea", which involved removing a wall to make a bigger, brighter and airier space for the downstairs bathroom/laundry. The wall had compromised the integrity of the original house so has always been a source of annoyance to me. As with all of my ideas, this one was met with horror and resistance...so I planted the seed and waited for it to germinate. And sure enough it burst open in the warm spring sunshine and developed into Stu's idea (!?). So this week we started on the preparation and demolition work for the job. First we moved the bathroom sink and shower into the rustico for storage and safe keeping. Then we moved the washing machine and tub into a temporary laundry in the rustico bathroom. Finally we moved the linen cupboards into their new permanent location in the cantina. We had to leave the claw footed bath in situ because it was too heavy to move. Stu then demolished the brick and gyprock wall which has been dividing the space into two rooms (it used to be one room). There was plumbing in the wall so he had to tie the pipes to the ceiling to support them and be careful with the jackhammer. He left a section of the wall which will form part of the cupboard in which the laundry will be located. Next, Stu will lift the floor tiles to completely expose the plumbing so that we can progress with the next job: an upgrade of the septic system. 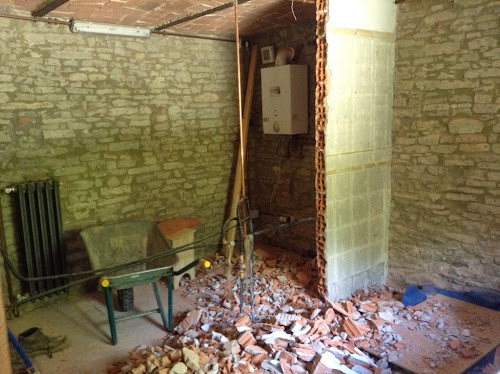 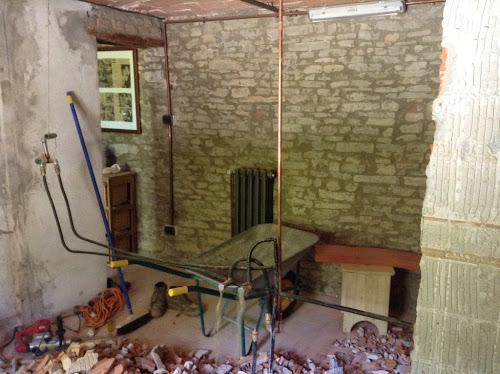 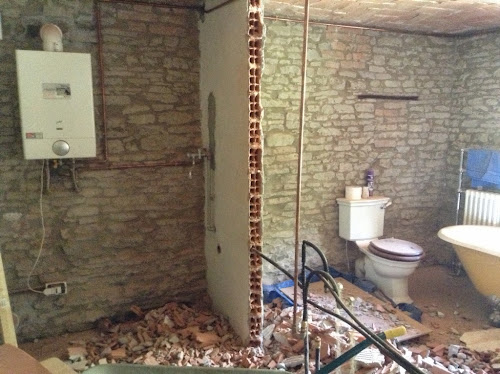 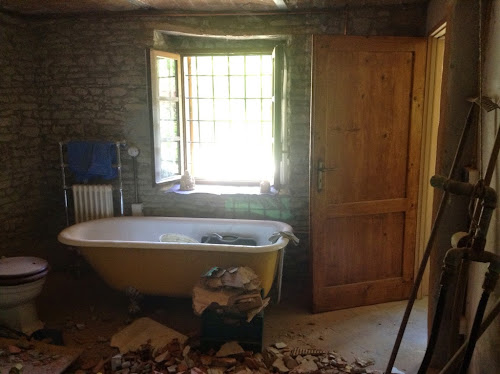