After the scaffolding was erected and the wood delivered (see posts dated 9 and 16 March) the focus was on dismantling the old roof.

Our muratore believes the roof was the original from when the fienile was first built. Given that the house is between 200 and 300 years old, that's an old roof!

Some of the roof beams were made of oak and castagne (chestnut). These are both hardwood trees that contain strong sour tannins which function as natural insect repellant. There was very little damage to these beams and they will be re-used as features above the window openings in the second level.

Other roof beams and most of the roof rafters were made of acacia, which grows profusely in our valley. Acacia is also a hardwood but it is sweet and therefore attractive to insects. Most of these beams and rafters had been eaten out quite substantially and will be our future firewood.

As the roof was slowly dismantled, copious amounts of old leaf matter fell from between the tiles and the wood. This was perfect mulch. I was very tempted to gather it for my garden and had visions of me grovelling around on the scaffolding with a bucket. Luckily I resisted the urge and still have the respect of our muratore.

It took just one day for the roof to be completely dismantled, the wood lowered to the ground via a lifting mechanism and the tiles stacked all around the scaffolding ready to be re-used. 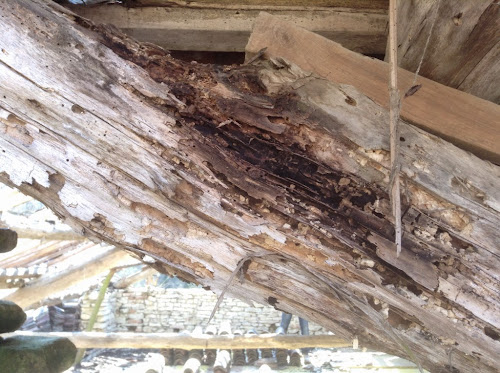 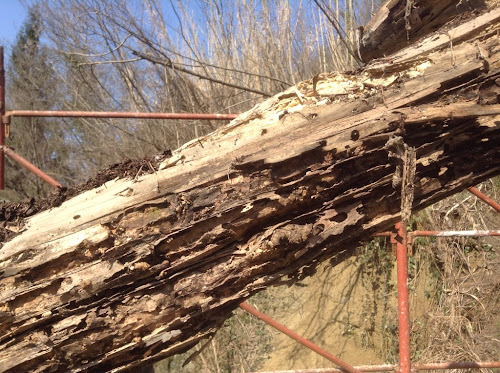 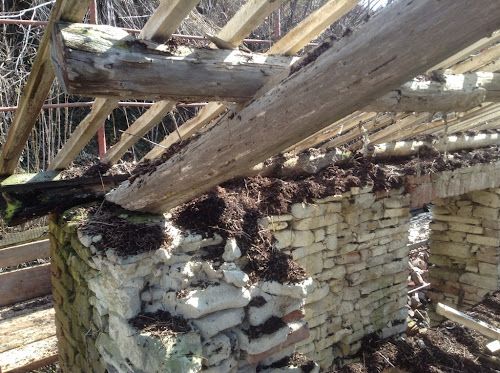 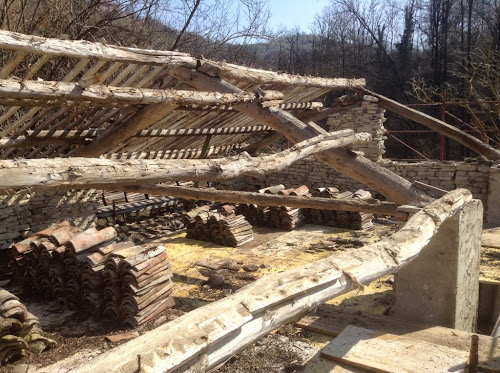 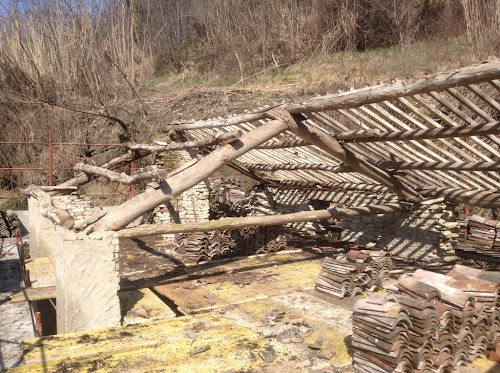 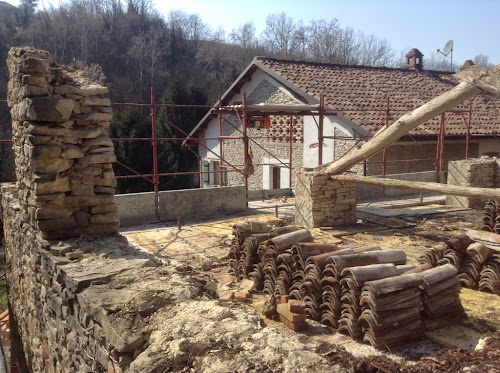 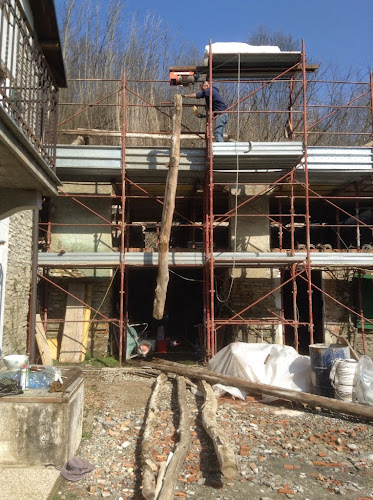 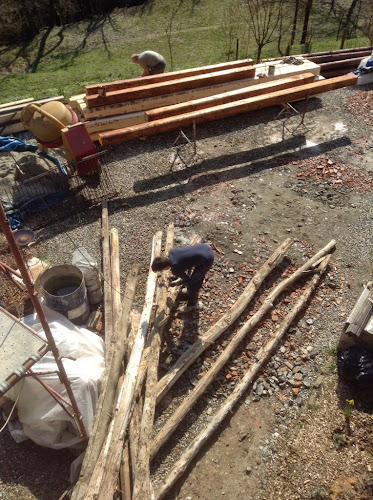