The septic stories are over (hopefully)

Our builder has delayed commencement of work on the fienile roof; he will now arrive early tomorrow morning.

So I'll take the opportunity to update you on the final activity related to our septic system...

In July/August 2014, our new septic system was installed. To save money, we asked the contractor to connect it to our old soakaway; we planned to divert it to the creek ourselves at a later date.

The later date was December 2014. With 4 guests booked to stay with us for 4 weeks in January 2015, we decided to make the diversion a priority.

So on a damp and foggy morning in December, Stu donned an old pair of fleecy tracksuit pants and a holey woollen jumper and set off down the ramp with an ungainly armload of orange pipe.

First he had to dig a 20 metre trench into which he would lay the pipe. The earth was wet and boggy which made for heavy slow digging. He also had to tackle rocks and tree roots.

But by the end of the day the pipe was laid and joined and I was asked to flush the toilet. Shortly after I flushed I heard the whoops of a happy man when he saw a quantity of clear but smelly water dribble out of the pipe. 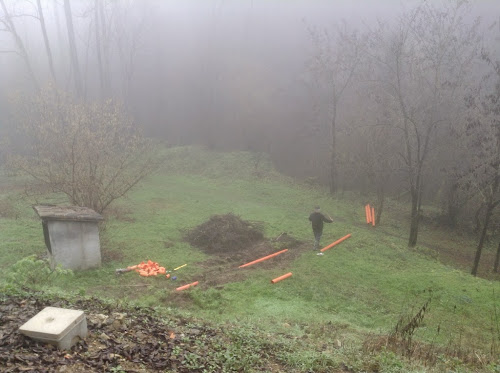 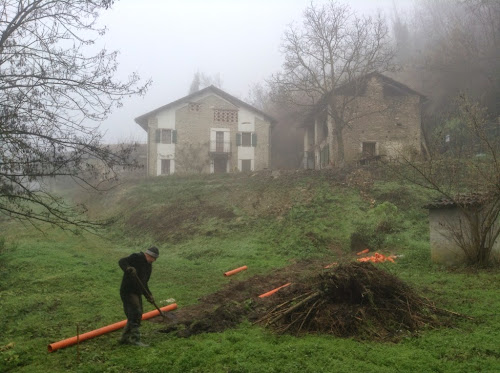 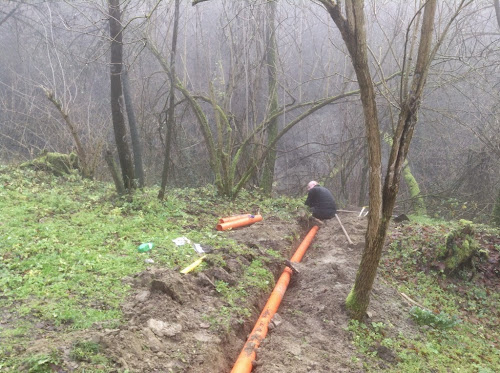 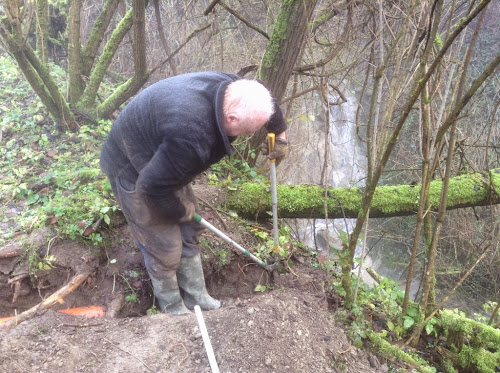 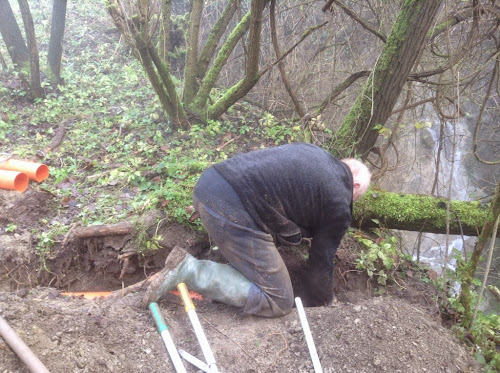