After a wonderful Carnevale experience in Asti recently, we ventured out again for another one, this time in Acqui Terme!

The difference between the two Carnevales was considerable. The Asti one was smaller and quieter. It had fewer onlookers and a conservative, reserved feel about it. The Acqui Terme one was huge and loud. It was crowded and had a real community feel to it.

The Asti parade had a few small floats while the Acqui Terme parade had many large floats. You know you live in a rural area when the floats are pulled by some serious farm equipment. There were tractors everywhere!

Many of the floats played loud dance music. One played doof doof while another played the macarena. There's something wonderfully liberating about dancing in the street!

People on the floats were smiling, laughing, singing and dancing. On one float, they were using straw brooms to ruffle the heads of passersby. This was such a simple, fun thing to do but it was very effective: it brought happy smiles to the faces of both victims and observers. I was one of the happily ruffled.

It seemed that everyone, both on and off the floats, was throwing confetti. After the parade had passed, people everywhere were spotted with colour and the streets were feet deep in the tiny coloured paper pieces. They settled on me, making their way into my hair, finding the folds in my scarf and attaching to my coat. I dropped some of them on the floor of the bar where we enjoyed a post-parade aperitivi but it took a good 15 minutes to brush the rest of them off before I could get into our car to drive home... 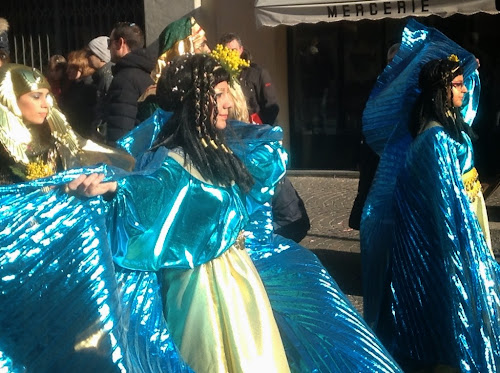 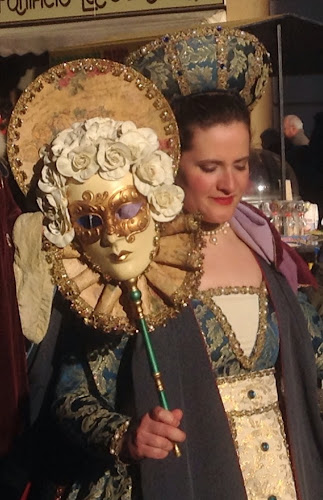 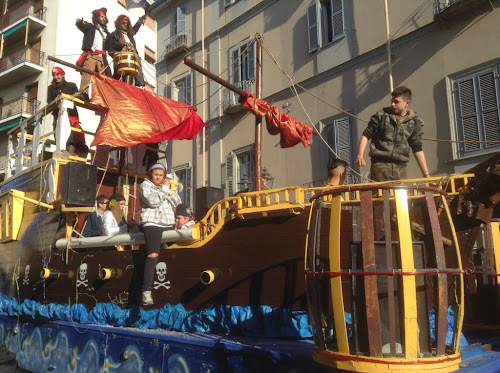 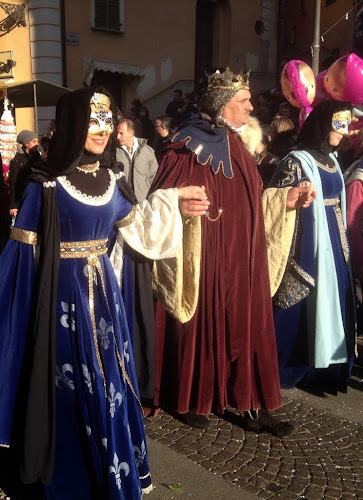 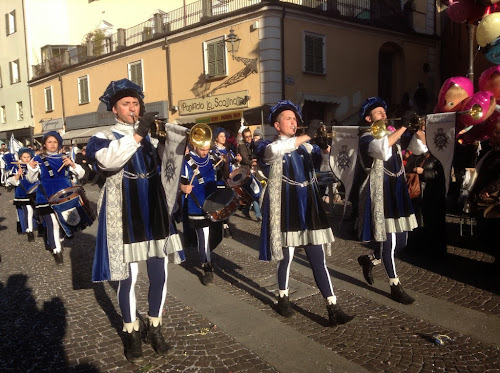 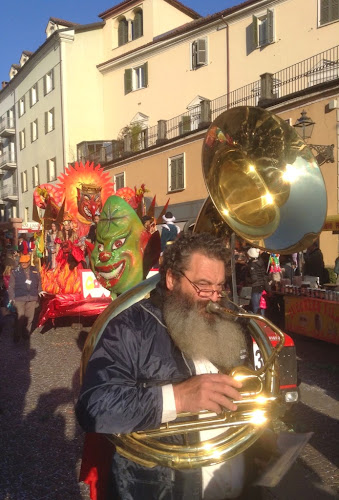 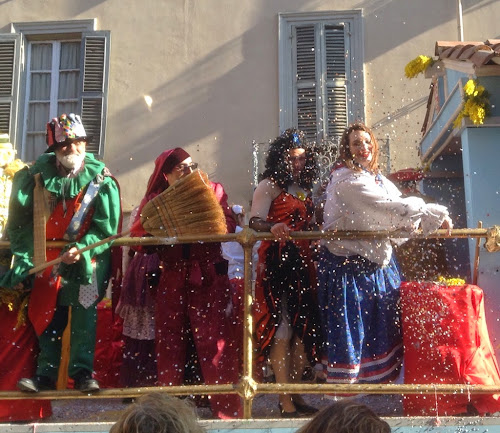