The truck with the wood

We live at the end of a two kilometre single lane gravel road. The house is connected to another house, both of which sit in our very private and isolated valley.

Some time ago, our neighbour installed a steel barrier across the driveway about 500 metres from our houses. This barrier has been very effective in keeping people away from the houses. A few years ago, we also installed a gate close to our house to provide extra protection for when the barrier was open but the barrier still remains the best way to ensure security.

Yesterday morning I was talking to my roses in the pergola garden (as I do!) when I heard a very loud noise approaching.

It promised something big, very big.

I fled into the house, fearful that unsavoury strangers had crashed the barrier and were approaching our peaceful home.

From the safety of the kitchen window I watched as a very large truck rumbled towards the house.

Then I noticed a man walking ahead of the truck. It was Sandro, our muratore, who is doing our fienile renovation. We hadn't seen him yesterday because he had gone to Torino to do some approval paperwork. He hadn't arrived by noon today either so we had assumed that he wouldn't be coming and locked the barrier.

However, here he was, walking up our driveway ahead of a this very large truck heavily laden with wooden beams.

I went outside to welcome him. Behind his slight figure the monster loomed. It was heaving and rocking, its breaths coming in short squeaky sighs as it struggled with its load on the final incline to the house. Sandro guided it through our gate and showed it where to park outside the fienile.

I panicked. There was nowhere for this monster to turn, especially once he'd dropped his massive cargo off in the courtyard. I asked Sandro how he would turn but I needn't have worried. Country Italians are a capable lot. They can turn anything anywhere. Sandro simply smiled and said 'in dietro!' meaning that it would reverse out, something I hadn't considered.

The driver of the monster got out of the truck and lit a cigarette. He looked like he needed it.

Sandro asked me why the barrier had been closed. He looked slightly annoyed. I guess the driver might have panicked when faced with a dead end after struggling up the narrow gravel road with an incredibly large and heavy load on.

Happily satiated with nicotine, the driver got back into the cab while Sandro placed wooden planks under each of the truck tray stabilisers. Then the driver played with the hydraulics so that the weight of the truck tray was on the stabilisers and the cab was more or less off the ground. While Sandro jumped onto the truck tray in readiness to attach the first package of wood to the crane, the driver prepared the crane remote control. The first package of wooden beams was not overly heavy and the crane lifted it easily and swung it onto the ground smoothly. The second package was very heavy. The truck cab and body shook with tension as the crane lifted it slowly off the tray and very carefully placed it onto the ground.

With the beams offloaded, Sandro smiled widely, shouted goodbye and helped the truck reverse out through our gate.

I dared not look until I was satisfied that they'd made it around the first bend and past the barrier. I listened for sounds that might suggest they had made it, then I sneaked up to the bend from where I could see the barrier.

The truck had turned in our front paddock but deep grooves in the dirt told me that it had almost been bogged.

I returned to resume conversing with my roses... 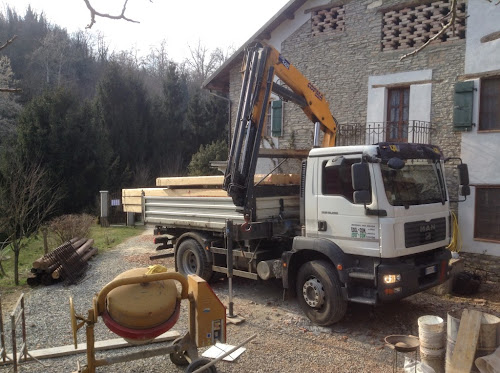 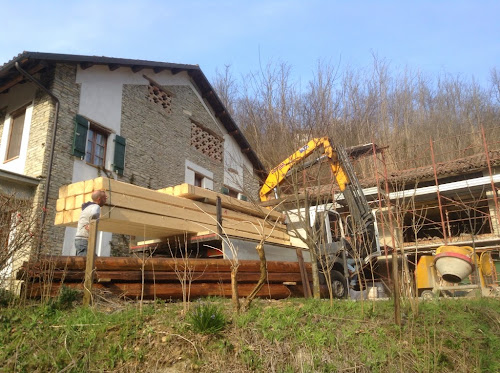 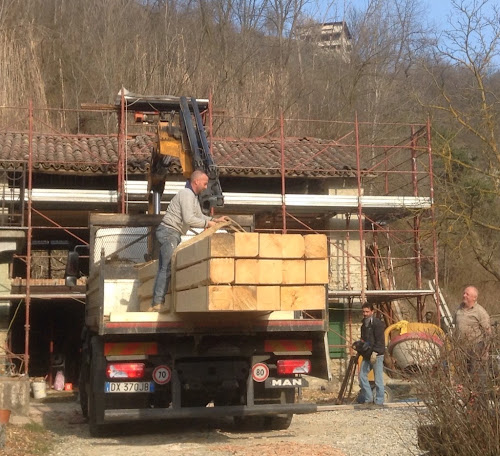 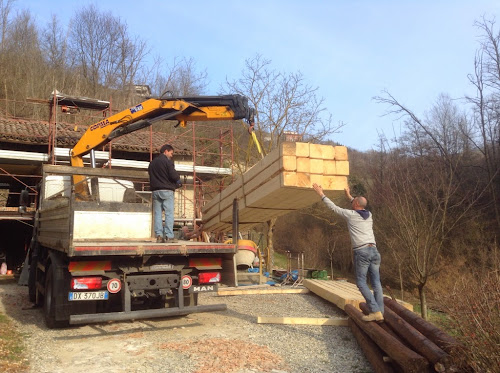