While I have been picking, cutting and boiling approximately 5,000 pieces of fruit and vegetables (see recent postings), Stu has been continuing with the septic project.

First he manually emptied our very full septic tank, initiallywith a bucket then with an immersible pump. I am glad I was inside the house when he did this although I dd emerge just in time to see him hose off the immersible pump. I saw just enough solids to send my stomach into continuous revolutions and I can still smell it as I write this posting!

Next he built himself a tent using the equipment we recently purchased for our expeditions to the European cycling tours. A cover such as this is utterly critical for any white-skinned person working outside in an Italian summer.

Then he dug a huge hole just outside the bathroom to reveal the waste pioes. The hole was so huge that he could fit himself into it! He uncovered the same mess of pipes and rubbish that he had found inside/under the house...disconnected copper pipes from the old well, electricity cables, old silicon tubes, broken tiles and bricks, etc. Sorting this detritus was a slow processs because he had to be careful not to compromise any other service to the house or put himself in danger of electrocution!

Next he jackhammered the cement and stones out of the wall so that he had a clear view into the bathroom. As he disconnected the pipes, he casually mentioned that I shouldnt use the toilet or sinks for a while.

Then it started to rain. Torrentially.

Luckily the tent gave total rain protection too so he was able to reconnect the pipes and install an inspection box. You will remember from previous postings that our black water (toilet) and grey water (everything else) had been joined inside/under the house, which is illegal. When Stu reconnected the pipes yesterday, he separated the two waters so that there are now two pipes which can be connected to the correct parts of our new septic system when it is installed,

We are now waiting for a quote from a muratore to dig the huge holes necessary for the installation of the system. We hope to have the work completed within the first two weeks of August... 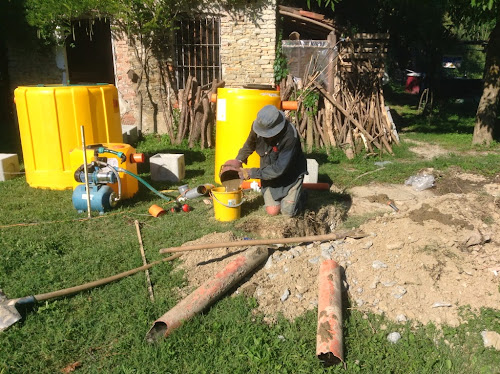 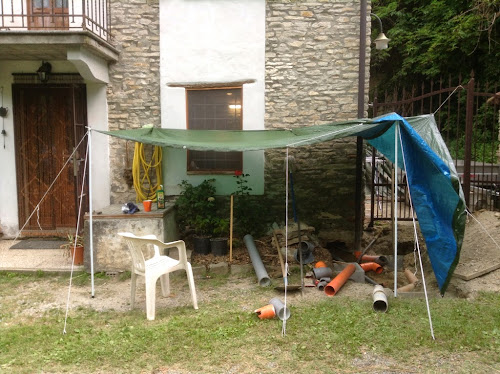 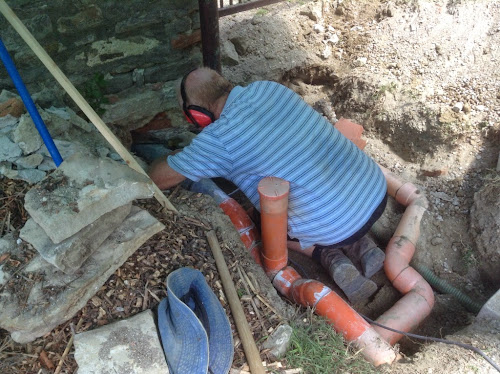 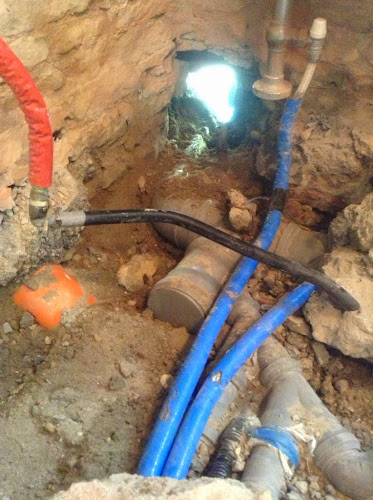 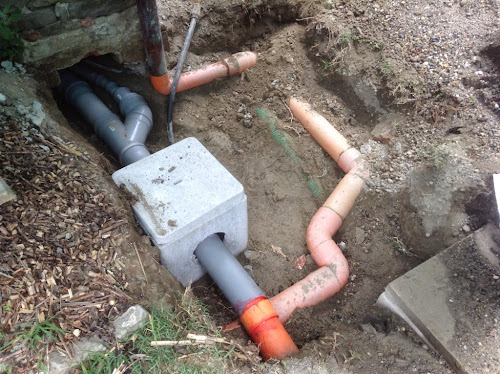