Today I ventured out to the tomato patch and again found the crop out of control. So i returned to the house, collected my little picking basket and returned to attack it. Half an hour and several trips later, 8 kilograms of tomatoes were waiting for some action in the kitchen.

I decided the time was right for "sugo pomodoro", the pure tomato sauce that can be used in almost all Italian meals.

An hour later, 12 large jars full of a rich red sauce were cooling on the bench.

I will have a break tomorrow but will have to repeat the exercise the next day because today's 8 kilograms of tomatoes came off a third of the plants only...so the other plants are still waiting! 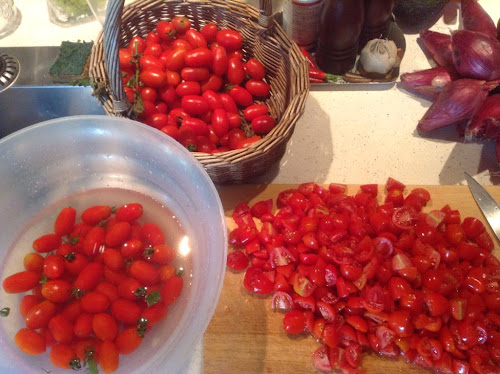 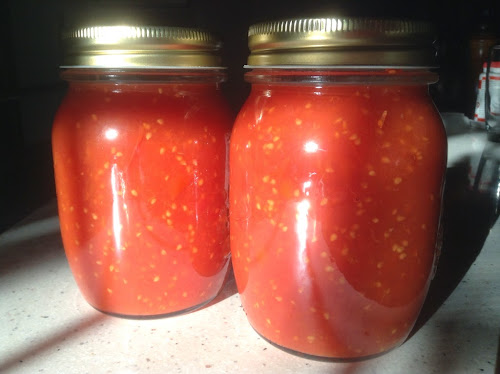