The white night of gongs, togas and wreaths...

Canelli is well situated, halfway between Asti (the historical centre of the province of Asti) and Acqui Terme (a beautiful Roman spa town).

Last weekend, we drove the 30 minutes to Acqui Terme for their Notte Bianca festival.

This annual event commemorates the influence of the Roman Empire on the town. The museums are open and there is a Gallic village. There is also a craft village where stall owners demonstrate and sell traditional crafts. Music can be heard on every corner, there is dancing as well as traditional food and wine from stalls and bars/cafes.

It was a perfect summer evening, one of those in which the clear sky became a deep indigo blue during twilight.

The festival commenced with a traditional Roman play during which a huge golden gong is played. The musician spins in slow circles as he plays the gong. This artistry adds drama to the music and creates a mesmorising and haunting sensory experience. The pure meditational sounds emanating from the polished metal disk echo eerily off the stone walls in the narrow streets of the old town.

I closed my eyes and was easily transported back a couple of thousand years.

After the play, we wandered through the streets of the old town, where we found hundreds of locals decked out in white togas. This is a tradition that particularly lends atmosphere to the festival. The locals take their costuming very seriously. Men wear centurion helmets or laurel wreaths. Women wear their hair curled into ringlets and decorated with gold, beads or veils. Everyone wears Roman sandals.

We purchased laurel wreaths for our foreign heads and found an outdoor table at a bar/cafe where we sat (crowned in our leaves) to enjoy a plate of farinata, a huge pork shank, roast potatoes and several glasses of wine.

When we left at midnight, feeling and looking as wilted as our laurel wreaths, the party was only just starting... 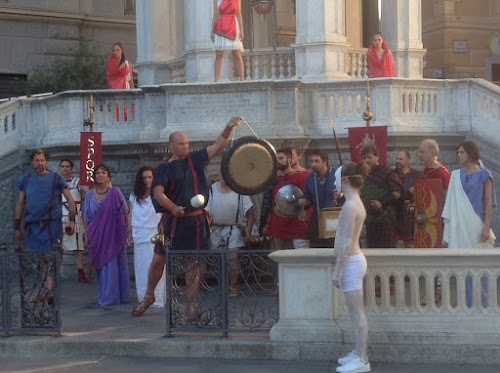 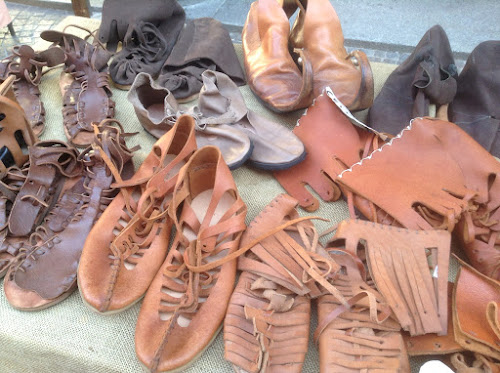 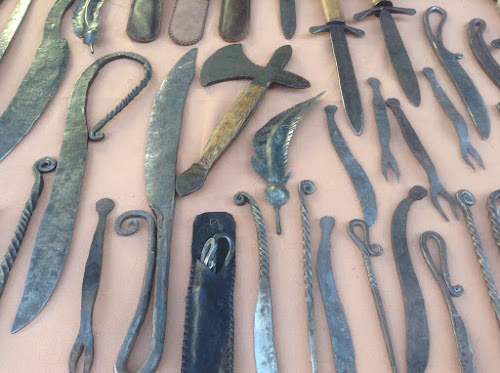 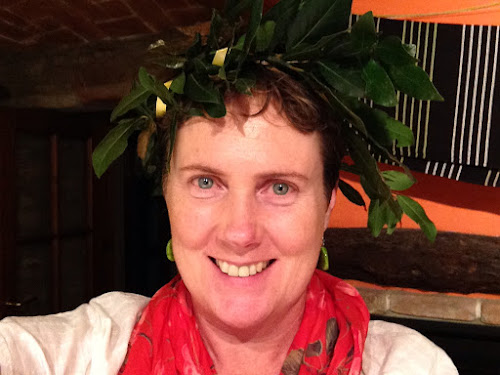