The builder arrived early with his offsider, then spent the first hour unloading equipment and materials from his truck including scaffolding, wooden planks, i-beams, cement, buckets, tools, etc. All of these things were laid out around the back of the house. Then he proceeded to build the scaffolding outside for the roof job and erect the support beams inside for the dining room job. He explained that they would prepare for all three jobs and then progress the internal jobs because rain is forecast for the next few days. Then they immediately started on the voltini job, first removing the 3 softwood beams before installing 2 of the 4 i-beams. Only once these beams were in place did they remove the 2 old hardwood beams and replace them withthe remaining 2 i-beams. This is because stone walls are often held together by the internal structure. Sadly, these old beams were in perfect condition except for where dripping water had dry rotted one end of one of them. Before removing the old beams, the builder checked with me...part of me wanted to keep them for their historical and aged hardwood value but the rest of me wanted a higher ceiling. So I told the builder to remove all of them and seeing the result so far (i-beams) I am sure that this has been the right decision. 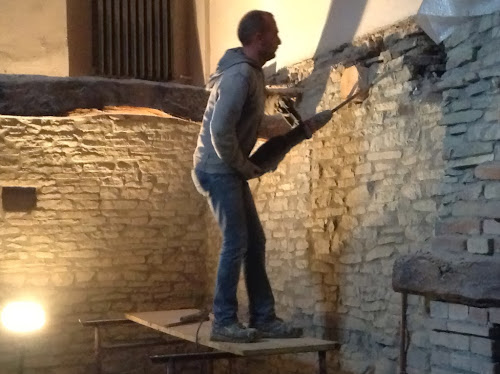 Above: jackhammering out the old wooden beams 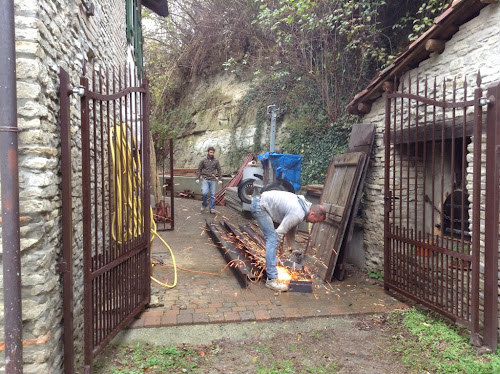 Above: cutting the new steel beams to fit 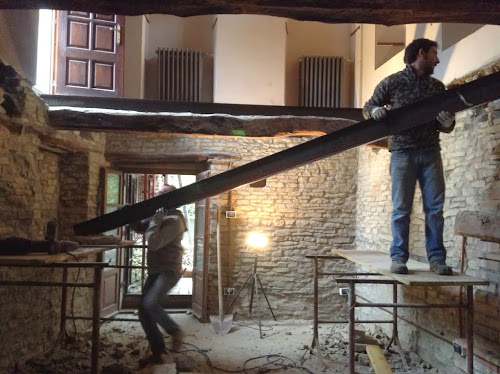 Above: lifting the new steel beams into place 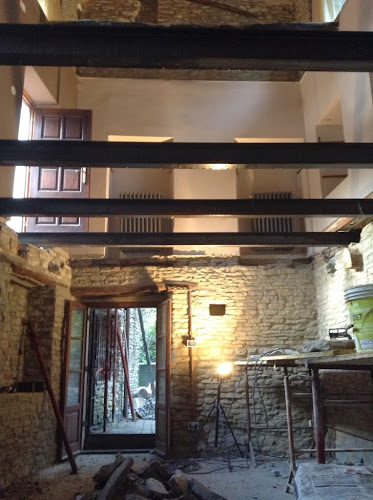