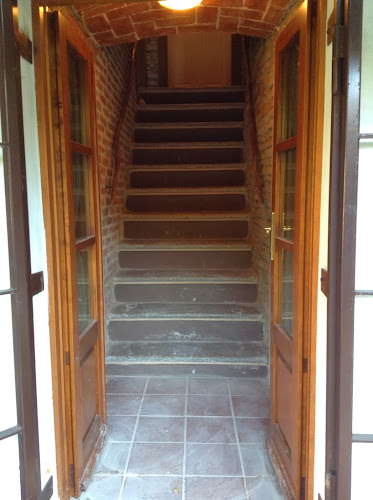 Above: our front door and stairs before work had started 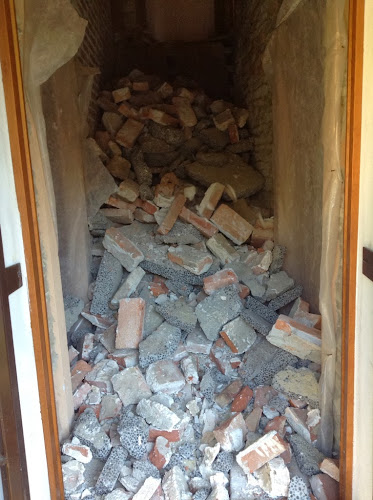 Above: our front door and stairs after work had started 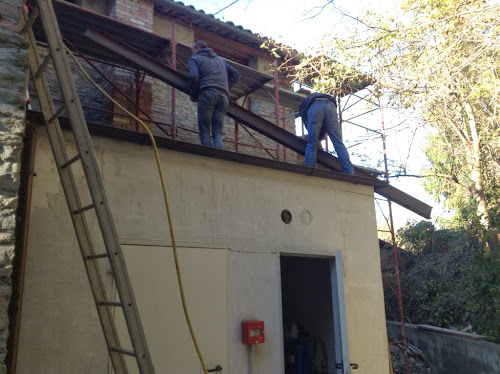 Above: lifting the i-beam for the new voltini above the stairs (taking it in via the roof) 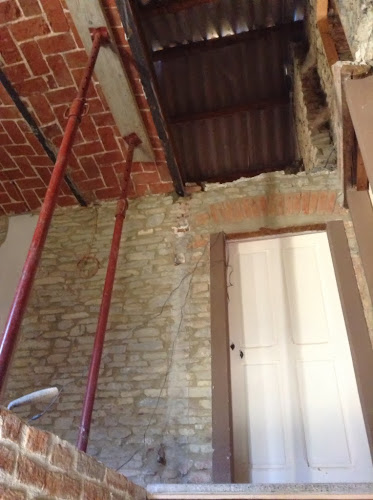 Above: the view above the staircase after the old voltini had been removed showing the chasm into the roof cavity 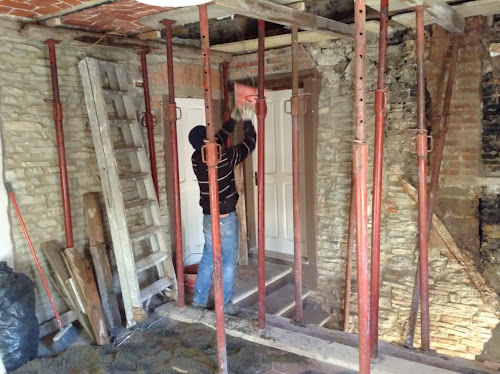 Above: Cosimo in the adjoining room on the first floor sending buckets of sand up to Sandro in the roof for the new voltini 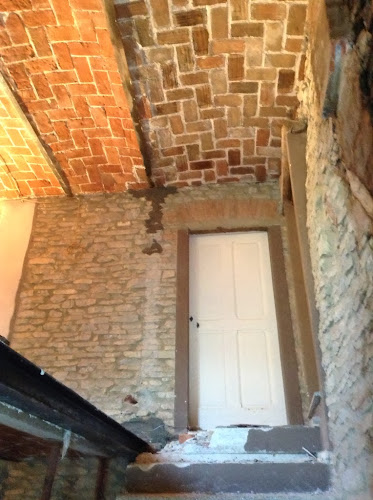 Above: the new voltini exposed!