Another early day. As the builder drove through our gates, we were exposed us as true renovation frauds, drinking tea and eating toast in the kitchen with a warm fire on our backs. This time, the truck contained a load of gesso (to cement the bricks) and polystyrene balls (used in the cement that will be poured on top of the gesso). The builder then continued work from the previous day, sanding and bricking the voltini. After lunch he had finished the design and was able to start pouring gesso over the top of them. You could almost see the very white and very liquid gesso making its way down between each brick to hold them together. Once this was done, he poured a thicker form of the gesso over the top for strength. It was an incredibly physical 10 hour day for these artisans and I have no idea how they get up each morning to return to the job. The main builder told me that both his grandfather and father built voltini but now it is rare to find a young Italian with the skills. 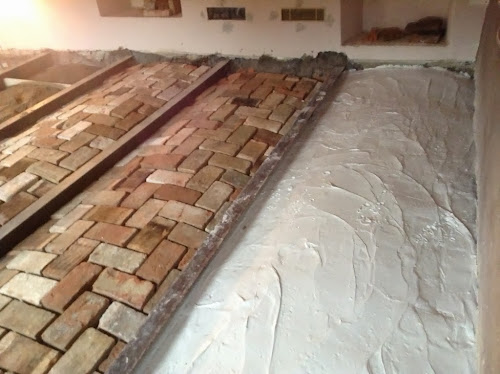 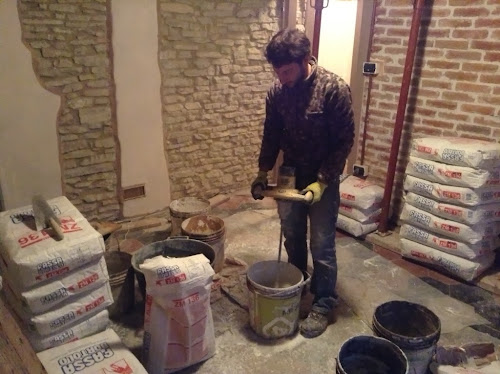 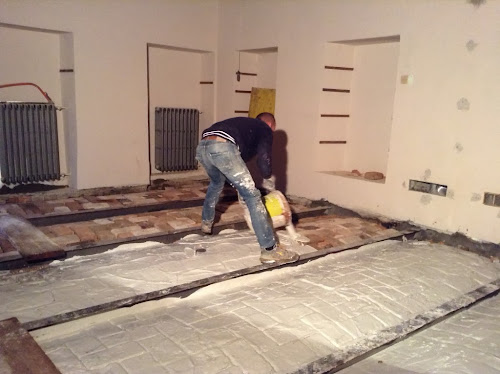 Above: Sandro pouring liquid gesso onto the bricks 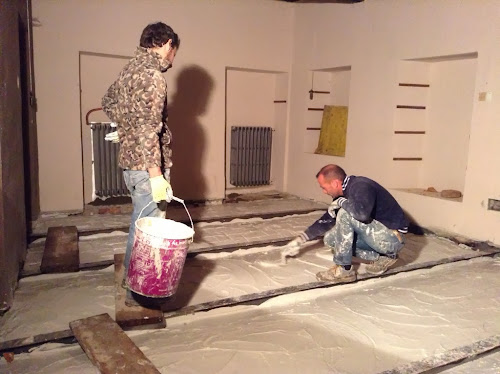 Above: Cosimo with yet another bucket of thick gesso for Sandro to trowel onto the liquid gesso