Another early day and two more truckloads of building materials including sand. The builder, who I now appreciate is a true artisan, placed struts and wooden planks under the steel i-beams, then emptied buckets of sand onto the planks which was tightly packed down before being smoothed and shaped into a curve using a wooden mould. He then gave each brick a thorough inspection to decide which surface to reveal in the voltini and placed the brick preferred surface down on the sand in a traditional pattern. There was a last minute panic when he called for "rotto" (broken) bricks that he could cut for the edges. Stu and I ran around finding broken bricks and cleaning them for him. 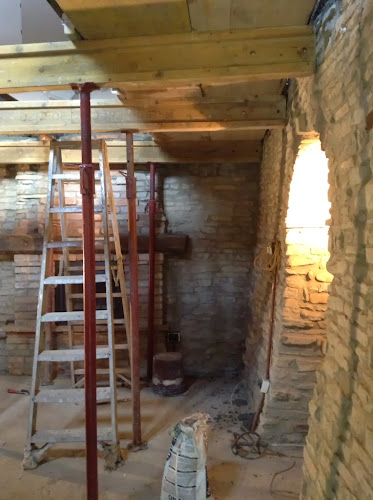 Above: the struts and wooden planks on which the sand and bricks will be placed for the first voltini 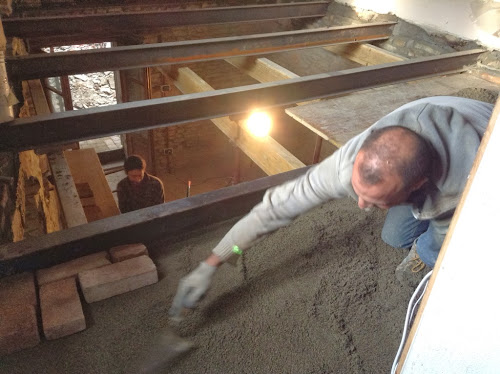 Above: the smoothing and shaping of sand in readiness for the bricks 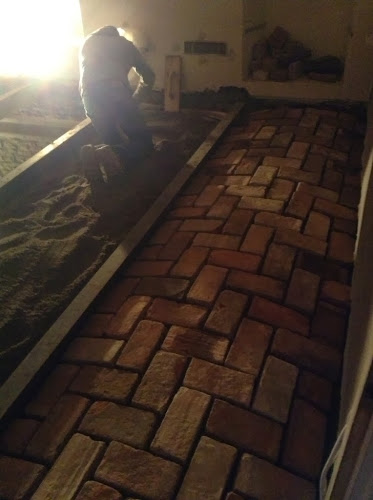