The builder arrived early with a truck full of more equipment and materials. After unloading, he got to work repairing the internal stone walls where the old beams had been removed and filled the holes around the new steel i-beams with stone and cement. He also started to shape the curves for the voltini. This is a very exciting stage. We are starting to see it all come together. The builder is using the traditional method for the voltini which he says has been used since Roman times. This involves the suspension of planks close to the i-beams. These create a base on which sand is spread and shaped into a curve. The bricks are then placed on the sand in a certain pattern and liquid gesso is poured in between them. Once the gesso is dry, the planks and sand are removed to expose the vault. On top of this, the builder will lay reinforcing, then pour a layer of cement containing polystyrene balls for strength and lightness, then pour a thin layer of very smooth cement on which we will lay our flooring. 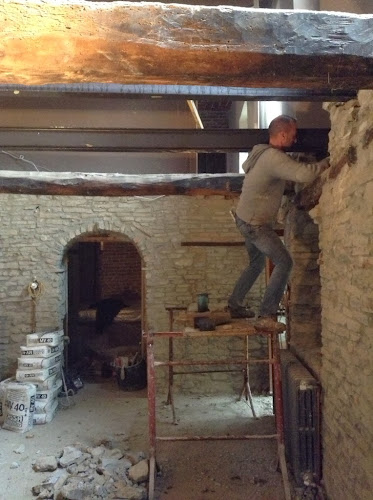 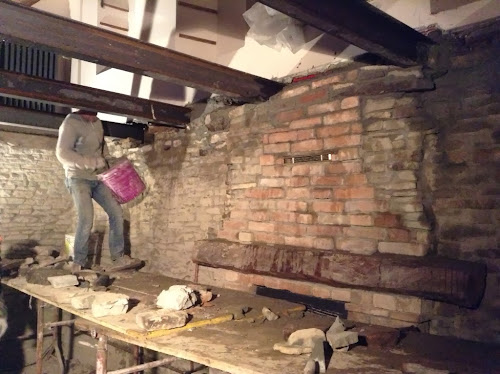 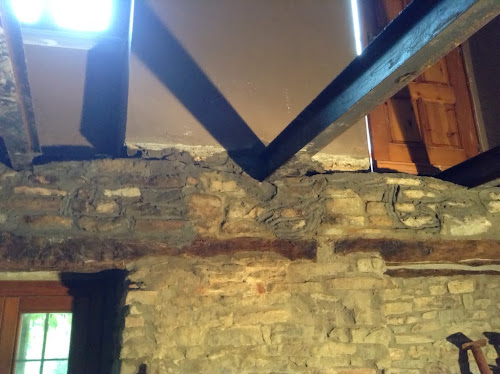