The voltini job has taken a very fast 4 days. The builder started on Wednesday and we were surprised when he said "see you tomorrow" as he departed on Friday. When he arrived on Saturday, he very proudly announced that he would be removing the support structure for the voltini that day. He was all smiles and I realised that this must be a highlight for him in terms of building projects. He spent the morning pouring cement lightened with polystyrene balls on top of the gesso. To do this, they transported the cement via a wheelbarrow from a cement mixer near the driveway to a lifting mechanism that they had rigged up on the terrazza. On their return from lunch they sought me out, faces grinning broadly. I can't remember what Italian words he used, but they were clearly along the lines of "all will be revealed"! I watched them as they loosened the struts, then hit the planks with a shovel to loosen the sand before pulling the planks off. And there was the first view of our voltini! After all of the support structure was dismantled they cleaned the sand where it had stuck to the gesso and departed, leaving me with a room full of fallen sand and a mouth agape at our wonderfully authentic old ceiling. 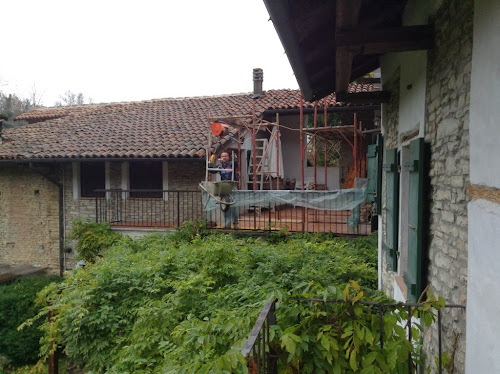 Above: the lifting mechanism for the cement 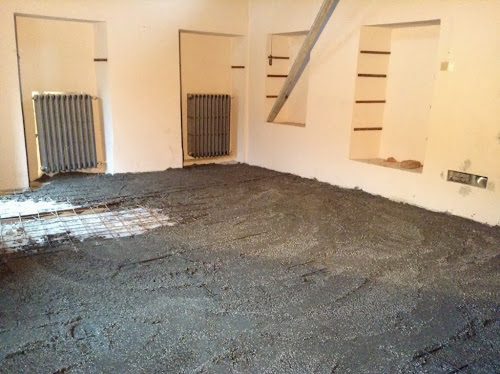 Above: the cement layer 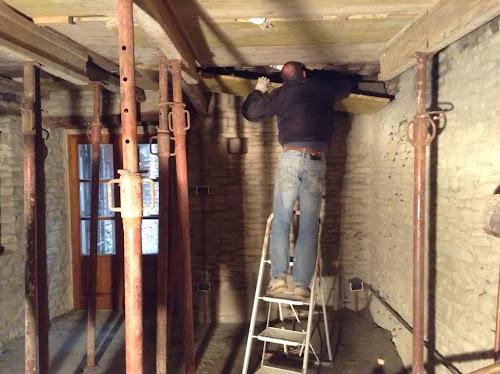 Above: removing the support structure 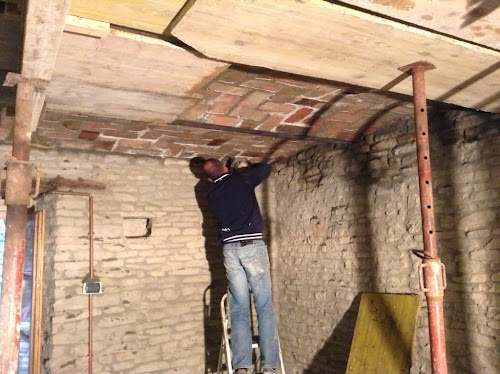 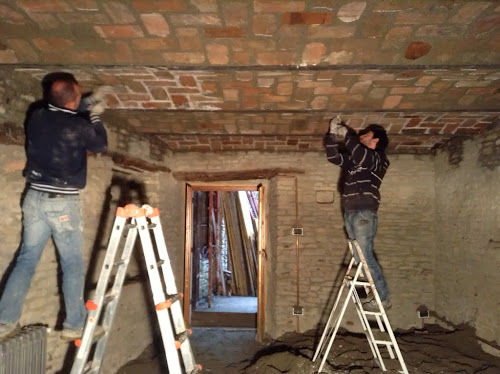 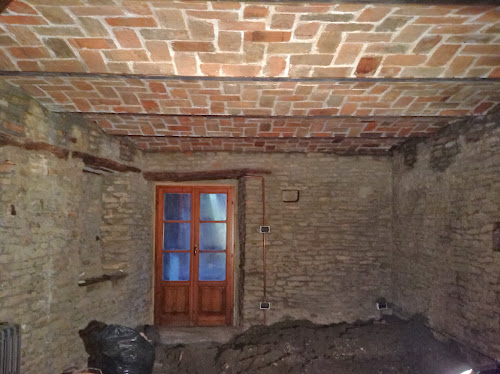